A Sydney family has been left “disgusted” after being issued a fine for leaving their truck window open.

“I’m disgusted that this type of fine would be issued during a pandemic. Fair enough if the car was open and had valuables in it and he wasn’t there – but people are struggling right now,” Richelle Amey said, telling nine.com.au that the car was parked in the family’s front yard.

The publication report that Amey’s husband was just metres away from the truck, which was parked in the family’s Caringbah South home’s front yard, when police arrived.

There were reportedly no valuables inside, and the window was only a quarter of the way down.

Amey claims that police told her husband that he was being fined $112 for not having the truck’s window secured.

NSW Road Rule 213, Subsection 5 says if a driver is more than three metres from their vehicle and nobody is inside, all windows must be secured, and all doors locked, nine.com.au report. 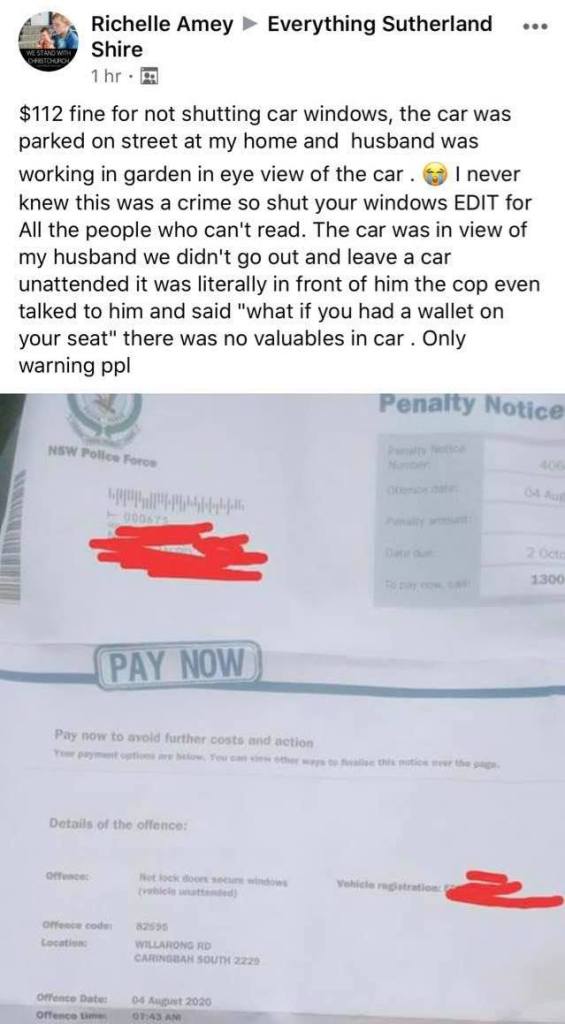 Amey is now warning others not to make the same mistake as her family, urging people to make sure their windows are closed, even if they are parked at home with the doors locked.