King Maha Vajiralongkorn aka. Rama X has apparently booked a luxury hotel in Germany to self-isolate during the pandemic.

However it’s not exactly… ‘self’-isolating.

He’s booked out the entire hotel to bring not only his entourage but also his harem which includes up to 20 concubines. 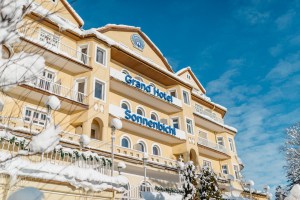 If you’re not sure what a ‘concubine’ is, it’s like a mistress and they’re quite common in polygamous societies where men can take multiple wives and partners.

Concubines generally are regarded of lower status than the wife.

The king has a second home in Germany that they’ve decided to stay in, not having returned home since February,

Probably a good choice considering Thailand has recorded 1,388 cases as of today.

Missed The Bunch with Clairsy & Lisa? Catch up by clicking play below!
Coronavirus COVID-19 king of thailand