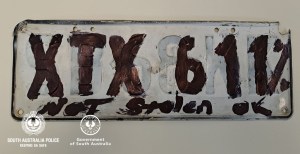 A motorist has crafted wooden letters and numbers, attaching them to the original number plates: 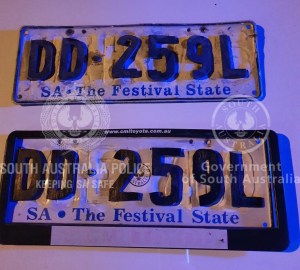 Police were conducting a driver testing station in Adelaide’s Sailsbury Heights when the 47-year-old man driving a Nissan sedan was directed in at around 12.30am.

It was then they noticed the 3D-like lettering on his number plates.

Queries revealed the man has a disqualified licence and his car is uninsured and unregistered since September.