It’s one of the few sporting events where everyone’s an armchair expert – for about three weeks, anyway.

So we cherry-picked only the wildest 10 facts about the Tour de France, you know, so you’ll totally look like you know what you’re talking about around that water cooler.

Did you know that…

2. Until the 1960s, it was common for cyclists to drink booze during the race to numb the pain. It was soon banned because it’s considered a stimulant.

3. Over the course of a Tour de France, cyclists will sweat enough to flush a toilet 39 times.

4. More than 12 million spectators line the route every year and 3.5 billion who watch it on the telly, making it the largest sporting event in the world. It’s bigger than the Super Bowl and the Olympics.

5. On rest days, most Tour cyclists don’t rest – they ride for at least 2 hours to flush out lactic acid from building up in their muscles and to keep themselves focused.

7. The winner of the 1947 Tour de France, Jean Robic is said to have taken on a lead-filled water bottle at a mountain summit so he could descend faster.

8. The first Tour winner was Maurice Garin. He won again in 1904 but was later disqualified for cheating. He was caught taking a train to victory in the Alps.

10. Dieter “Didi” Senft, otherwise known as ‘Didi the Devil’ or ‘El Diablo’ has been rocking the devil costume at the tour since 1993. A German cycling fan, Didi the Devil has been an icon of the tour, building up his own following of fans over the years. 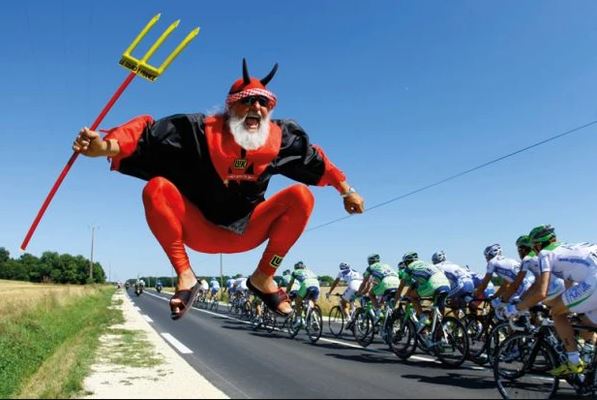 But we want to do better than just giving you some wild facts – we want to send you there as part of 96FM’s Tour de Europe!

Firstly, you and a mate could be heading to Belgium to see Sir Paul McCartney, Crowded House and The Killers at the TW Classic.

Popular European Tourist Destination Will Officially Change Its Name In 2020