An ALDI shopper has received the shock of her life after purchasing a packet of pegs with a handwritten message from a prison inmate inside.

Taking to Facebook, Louise explained that she had purchased the packet of Hegs Pegs with Hooks as part of a recent ALDI Special Buys sale.

“Did anyone else buy these fantastic Aussie made pegs from ALDI last week and get a secret message inside the packaging?” she wrote on the Aldi Mums Facebook group.

In the photo there’s a handwritten note inside the cardboard packaging.

The note includes a person’s name, their ID number (which we have blurred) along with the message, “Mobilong Prison, Murray Bridge. Write me.” 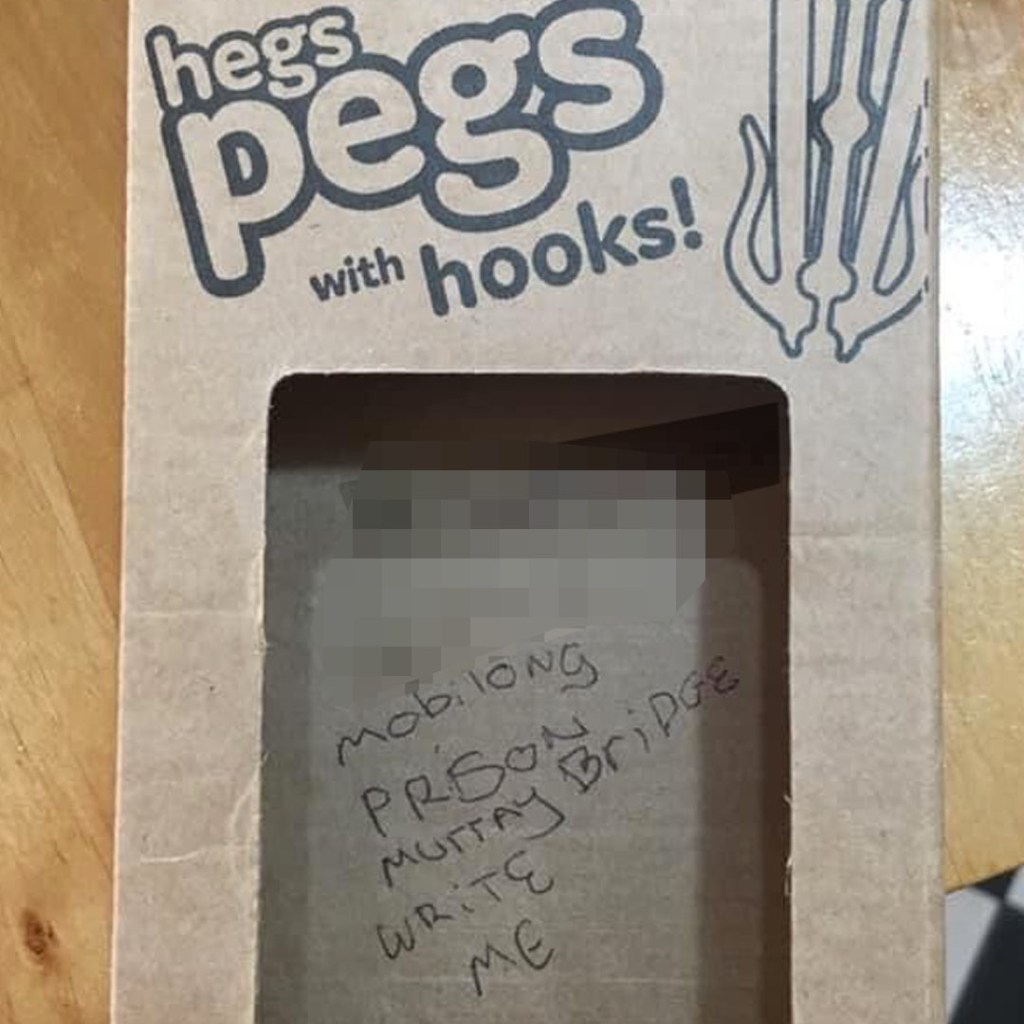 7News report that Mobilong Prison produces Hegs Pegs at the facility, which is confirmed by the South Australian Department of Correctional Services.