Online shopping goes one way or the other.

Either you can get a bargain that fits perfectly… or buy something pricey and it’s a disaster.

In one woman’s case, her shopping fail has gone viral for being bad but apparently is still trendy.

In a TikTok video, which now has 2.9 million views, a woman’s friend was left shocked by her friend’s purchase.

In the clip, you see user Em filming her friend who is lying down next to a pair of $AU817 jeans (not a typo, RIP wallet).

“She ordered some jeans online after seeing one ad,” Em wrote in the clip.

It shows the jeans from Hell on Hood, which are so long that when she wears them, the extra material made them look like flippers.

Thing is, Hell on Hood jeans are meant to be that long, the extra material is supposed to scrunch up the leg: 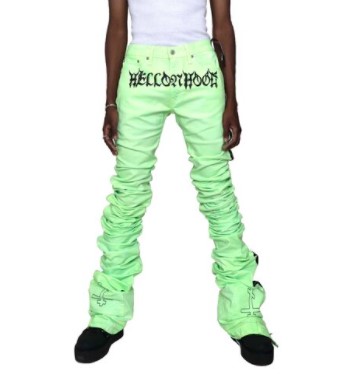 Still, the clip is hilarious.