Locals got a ‘very niiiice’ surprise when Sacha Baron Cohen left a note after visiting the Busselton Jetty over the weekend.

Cohen and his Perth-raised actress wife Isla Fisher were in WA’s South West for the CinefestOZ Film Festival held over the weekend.

The pair have been living in Australia with their three children after the pandemic prompted them to leave the US last year.

The Borat and Ali-G star played tourist while Fisher handled her festival commitments, leaving a note for Busselton Jetty staff after visiting the Underwater Observatory.

“Busselton Jetty is very niiiice,” he signed as Borat.

“Thanks, it’s amazing,” he signed as Baron Cohen. 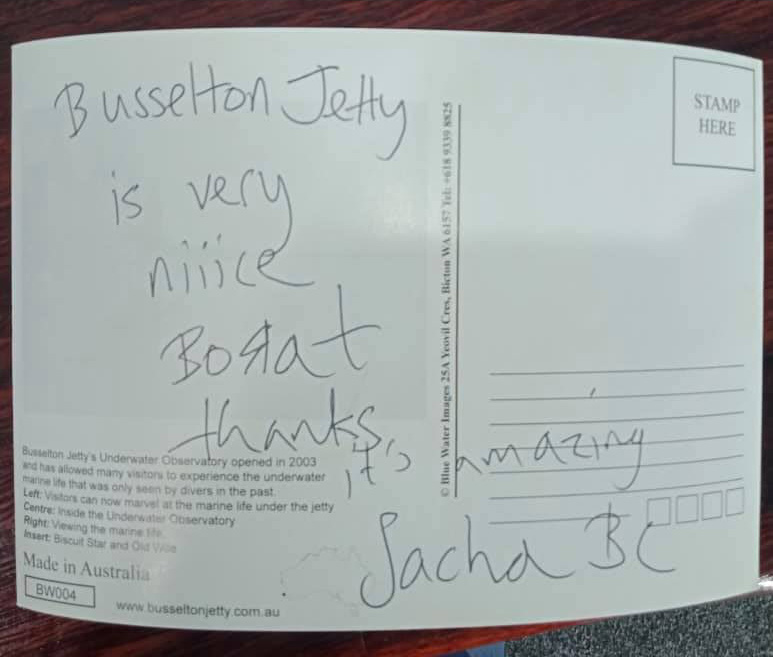 As one commenter said on the Jetty’s Facebook page: “Can’t read this without doing that Borat voice!”

'I Expect WA To Host The Grand Final': Why Ryan Daniels Is Absolutely DEADSET On AFL Nod