They received a report from a distraught owner who came home to their cat covered in blue paint, still wet.

While the cat’s health was being closely monitored, the RSPCA was initially unable to tell if it was an intentional act of cruelty, or one of misadventure on the cat’s part.

But shortly after putting the call out on social media, another woman commented that the same thing had happened to her cat that evening. 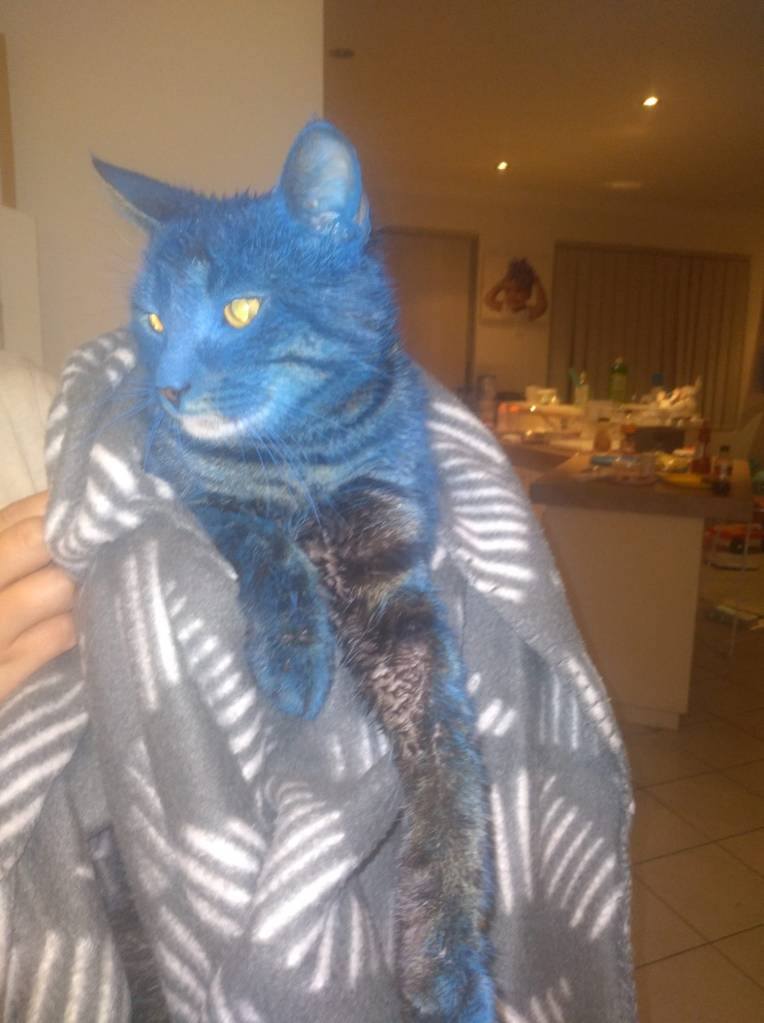 If you have any information about the blue cats, RSPCA WA would like to hear from you.