So, here’s something you don’t see everyday, made-to-measure platforms on one of Perth’s tallest-but-awkwardly-shaped buildings.

Currently branded as South 32, we’re talking about the building formerly known as the Bankwest Tower, or the R&I Tower or even just Bondy’s Building.

You know the one.

The picture, posted to the Perth Aesthetics Facebook group, was taken by Christopher Miles (@heckyeahcool on Insta) on Thursday morning who described the snug fit as “satisfying”. 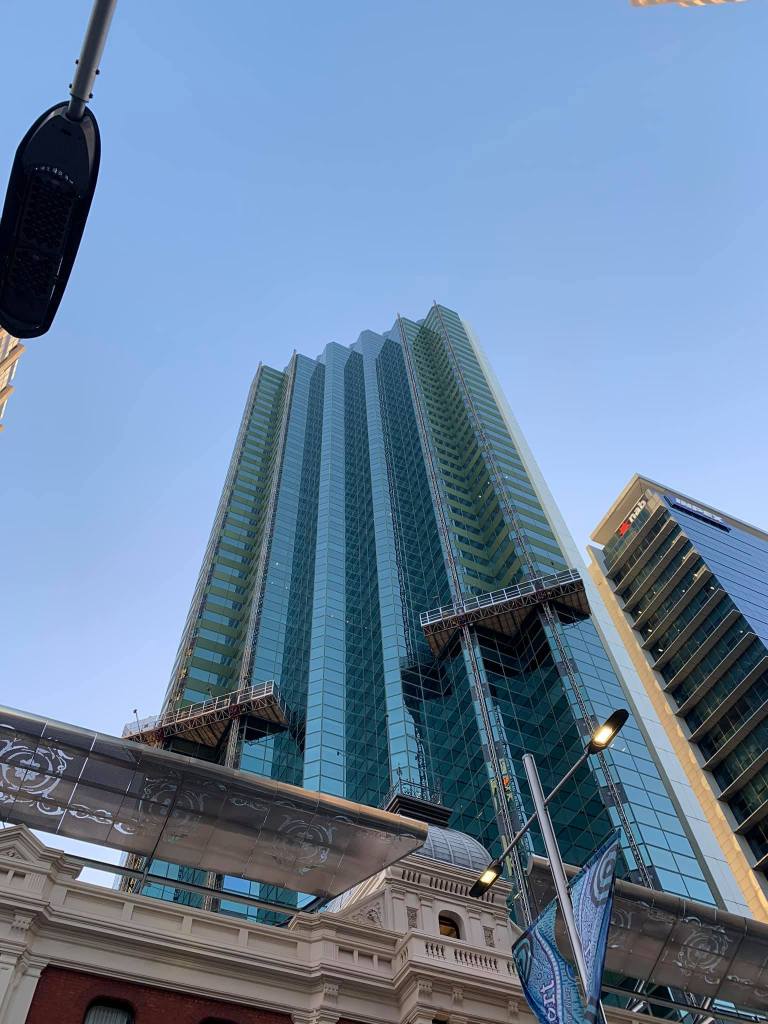 Many of the commenters remarked that they hadn’t ever seen the platforms before, let alone in action.

And he wasn’t the only one that noticed…

While it was assumed the windows were being washed, one commenter said there was some work going on with the glazing.

Hey Perth, You're Getting A Brand-New Kmart Next Month