A sign directing beachgoers to not poop in the dunes at Cottesloe has been removed for not being authorised.

The sign appeared last week at South Cott at the top of steps at The Cove break: 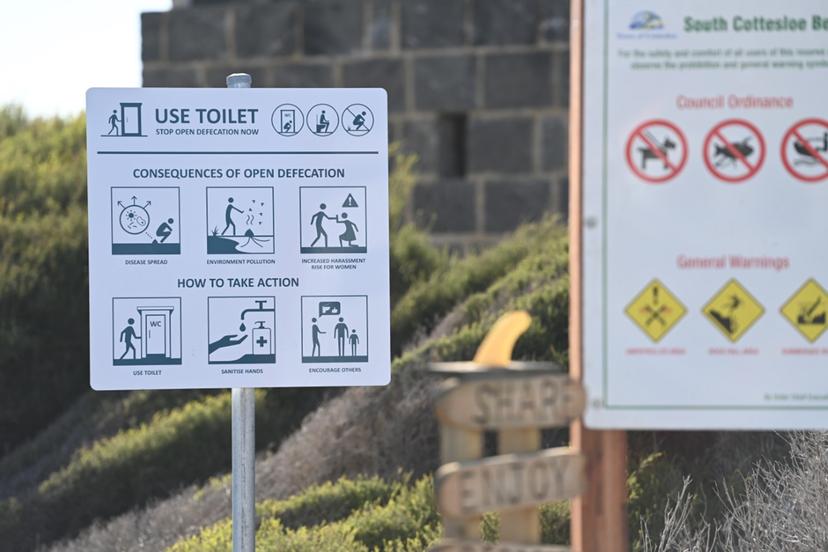 However, the Town of Cottesloe moved quickly to remove it as it was not approved or made to its specifications.

Deputy Mayor Lorraine Young said it was not “an authorised sign.”

The sign showed the consequences of defecating out in the open, including disease spread, environmental pollution and… an increased risk of harassment for women.

It also encouraged beachgoers to use the loo, sanitise their hands, and encourage others not to openly defecate.

Perth To Return To Pre-Lockdown Life From This Saturday!