If you leave something out on the front verge, is it fair game?

It’s a dilemma that’s playing out on a local Facebook page in Perth after a couple of benches left outside a property were mistaken for bulk rubbish.

The post, which had two CCTV screenshots of a couple loading a wooden bench onto a trailer, detailed that two large jarrah benches had been drying after being hosed off on the front lawn.

“The female appeared to knock on our door but as we had popped out to grab lunch there was no answer,” the poster said, referring to the screenshots.

“So they packed up both benches in their trailer and drove off.” 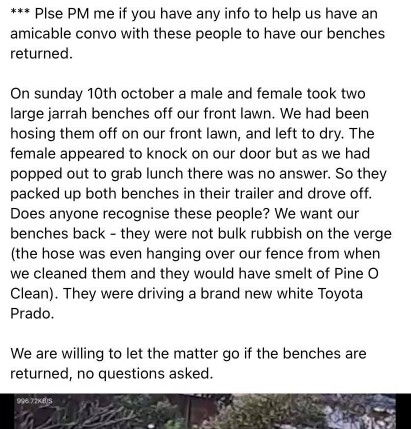 The situation kicked off a slew of comments, ranging from call the police to perhaps a lesson learned.

“It seems like they did the right thing by knocking on your door to check,” was one comment.

Another queried that they “don’t remember reading that rule,” and that “if it’s not in the bin [and] not rubbish either, you should leave it.” 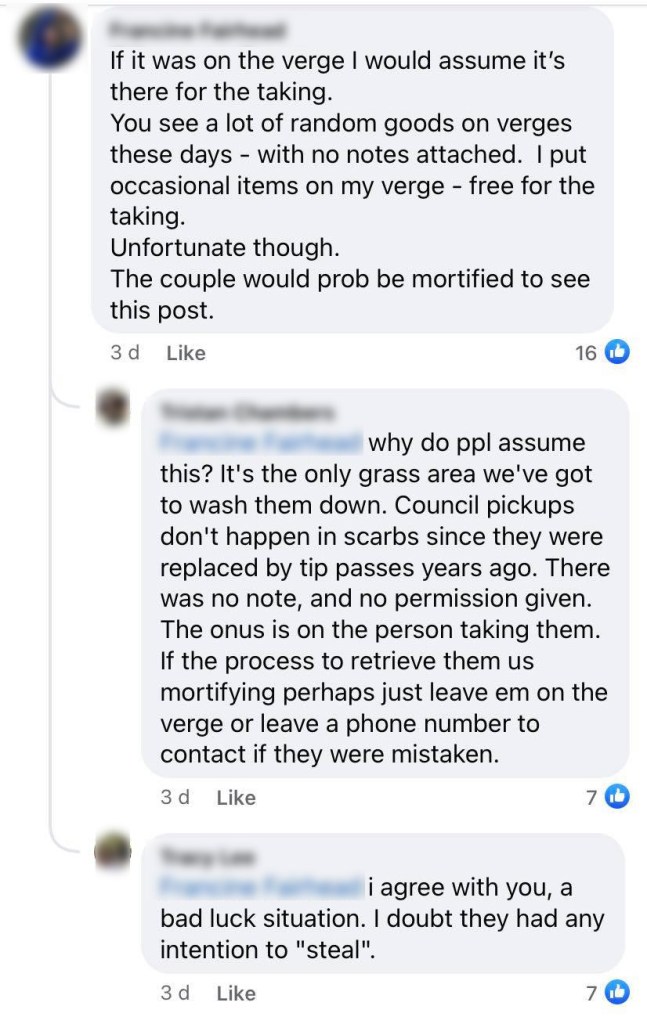 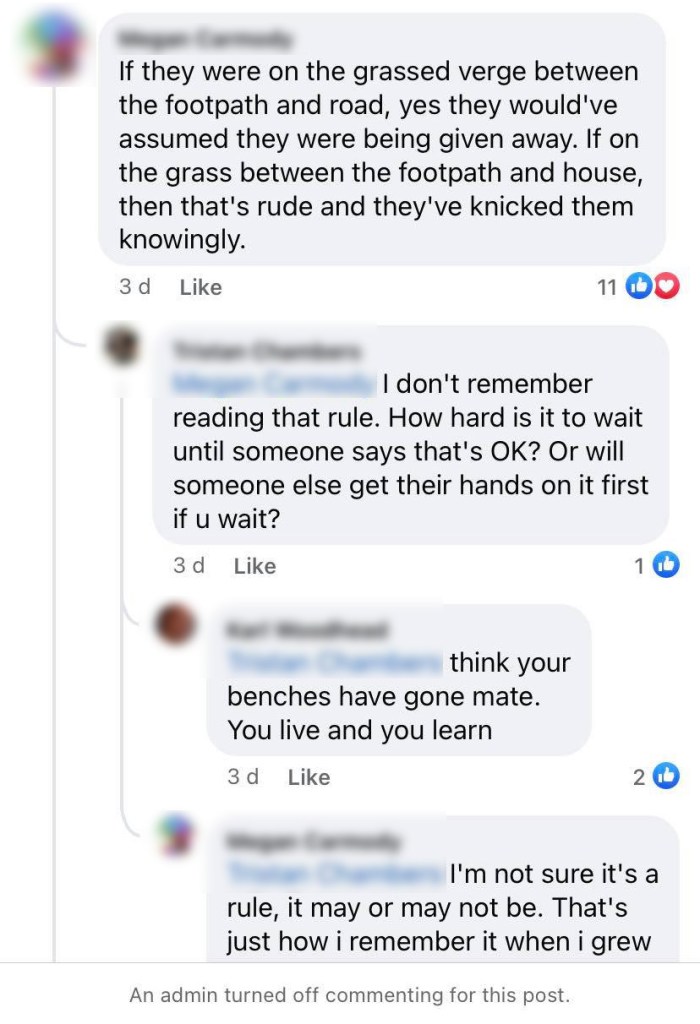 We Asked Perth What Was The Most Ridic Thing You’ve Been Pinged For &... Hoo Boy