One of the most niche collector’s items has come up for auction, and Eagles fans are going to froth. 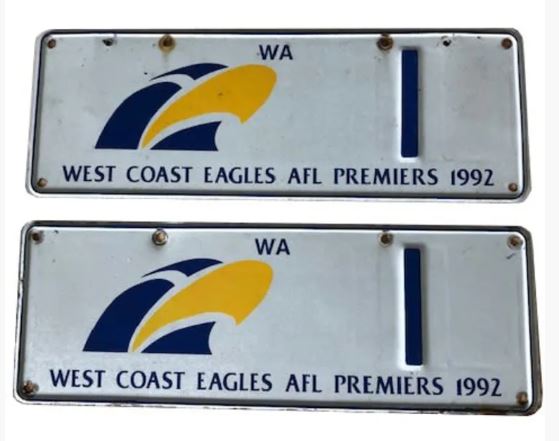 It’s been suggested that the plates may pique particular interest for Brett Heady or Liam Ryan – both the number 1 jumper-wearers for the club.

The plates have had just one owner and are in decent nick considering they’re almost 30 years old.

The auction kicks off online tomorrow from 9am, with bidding to begin at just $1.

If You Have A Radar Detector In The Car, You Have Two Weeks To Get Rid Of It