While the Australian Hotels Association WA has welcomed the 20-patron limit for pubs, cafes and restaurants, they’ve urged the state government to adjust certain conditions accordingly.

Simply put, is this blanket 20-person rule appropriate for all venues?

“A lot of places are open just to break even… [but] a lot of venues are not open because they’ll lose money by opening the door for just 20 people,” Mr Woods said.

“We’ve certainly been talking to the state government about increasing the number substantially.”

In WA alone, 40,000 people stopped work as a result of hospitality shutting down and Mr Woods stressed that getting people back to work while adhering to social distancing and hygiene requirements was critical.

The WA Liberals have backed the AHA’s call to increase the 20-patron limit in pubs and restaurants to 100.

Thing is, the AHA are looking at 100 at the very least.

“We would be looking at 100 or more, depending on the size of the venue and their capacity and their ability to manage those numbers,” Mr Woods said.

The issue of practicality around the 20-person limit isn’t a new one.

A couple of weeks ago, Tim McLernon from The Camfield put it in perspective.

“Twenty people at The Camfield, to put in perspective, it is 0.8% of our capacity,” he previously told Botica’s Bunch. 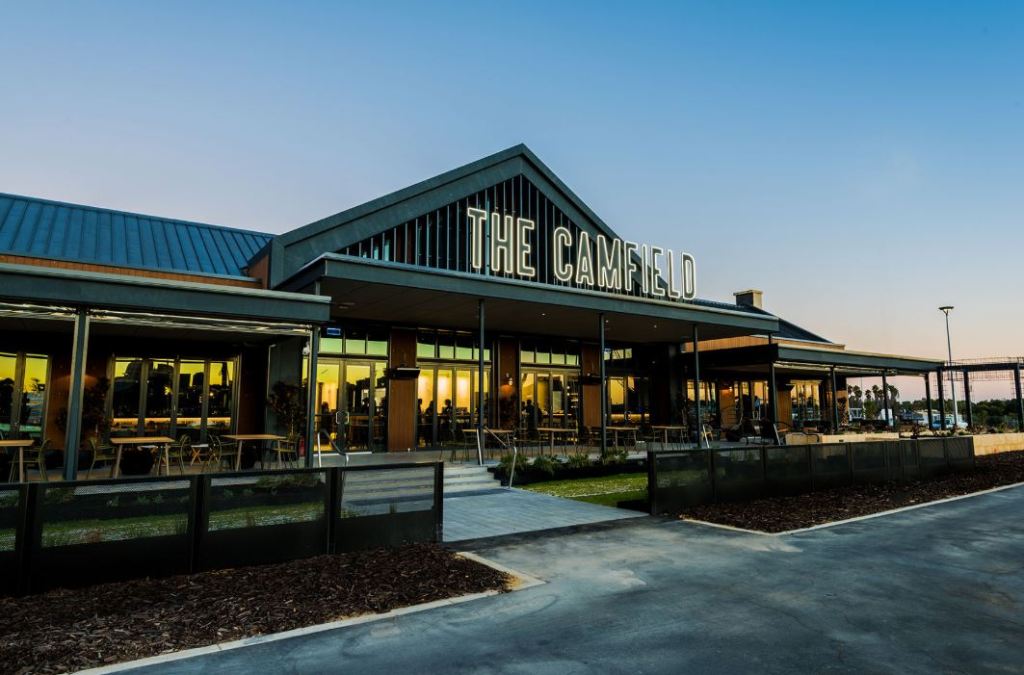 At 9000sqm and a 2500 capacity, The Camfield is the biggest pub in Australia.

Mr Woods said that even if the normal capacity for a very large venue was 700 or 800, then getting up to 200 or 300 in a managed capacity, with proper social distancing and contact tracing, could be done.

Then there was the issue of the drink-with-a-meal rule.

Mr Woods wasn’t exactly a fan of it, despite it being a way for venues to value-add to each patron.

“There’s a lot of small bars in the state that don’t have kitchens because that’s not what they were built for, so they’ve not been able to open – they don’t have those dining facilities,” he said.

“What we’re saying is that as long as people are seated at a table, not wandering or roaming around, bumping into each other, and as long as responsible service of alcohol is still administered, there’s no reason why those venues can’t open and just serve alcohol and snacks.”

Snacks were not covered by the rule, which requires a meal with a literal knife and fork.

From Tonight, The MasterChef Kitchen Is Going To Look Completely Different

Tackling the big issues in Washington…