Cable Beach seems to be the Baysie Bridge of Broome after its big tides had marooned four vehicles over three days in Broome.

On Saturday, a Landcruiser with two jetskis hitched to it was swallowed up by the 8.8-metre tide. 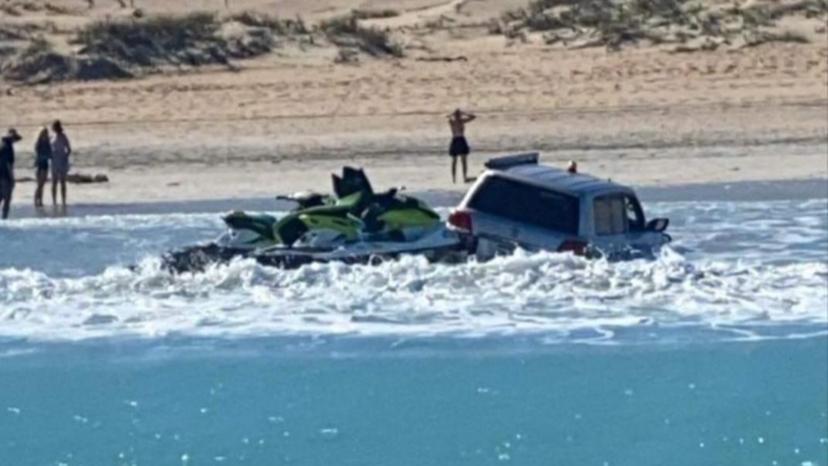 The West Australian reported that some stated it had been trying to launch the jetskis.

But the drama didn’t stop there.

The very next night, Sunday night, two vans were completely written off after succumbing to Cable Beach’s almost-nine metre tide about 11.30pm. By midnight, both vans were submerged to the windows.

The occupants had been at a beach party north of where they left their vans.

Then, in a show of absolute dominance, Cable Beach was at it again on Monday morning.

A car was spotted below the high tide line at Gantheaume Point but managed to get a tow out by a couple of good eggs, but not before it took on water.

The Shire of Broome has since announced the ranger will ramp up patrols of the area.

Missed The Bunch with Clairsy & Lisa? Catch up by clicking play below!
Broome Cable Beach

Round Up Ya Mates, You Can Now Hire The Main Court At Perth Arena