The five-metre sausage roll which was the centrepiece of the Highway to Hell festival trucks along Canning Highway has a new home in Gidgegannup.

A few weeks ago, the giant sausage roll was advertised on Facebook Marketplace, proving once again that there truly is something for everyone.

Steven Chadwick, a collector, picked up the foam pastry for just $20, describing it as a diamond in the rough. 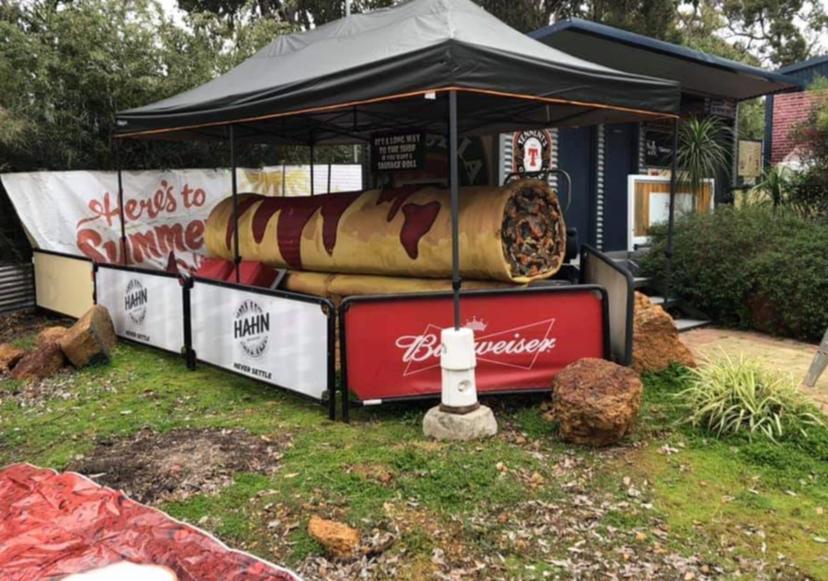 “There was only one of them ever made so you’re not going to find another one anywhere else,” he told PerthNow.

He said that the seller had it on his patio at home since the event and was keen to get it off his hands.

Mr Chadwick’s wife said it was “a sight to see” tied to their ute on the trip home to Gidgegannup.

The sausage roll is now displayed in Mr Chadwick’s ‘Museum of Pubs’ located on the bottom floor of his home, which already has 30 years’ worth of memorabilia, including a five-metre Johnnie Walker.

He hopes to open as a licensed tourism business in the future.