West Australians just love a place that’s either opening or closing down, if these scenes were anything to go by.

Just a day after Sizzler announced it was closing it the last of their restaurants, including those in Morley, Innaloo and Kelmscott, queues reminiscent of it’s opening in the late ‘80s reappeared over the weekend.

“Substantial line forming at Sizzler. Things are only popular in Perf when they are opening or closing,” the Bell Tower Times posted to Instagram.

Substantial line forming at Sizzler. Things are only popular in Perf when they are opening or closing 😂 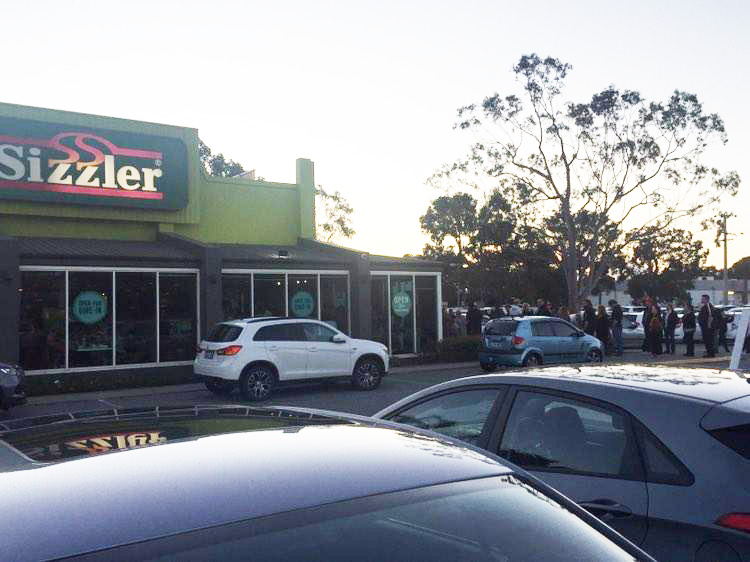 The nine remaining Sizzlers in Australia will permanently close on November 15.

Sizzler’s parent company, Collins Foods, has blamed “peak COVID-19 impacts” as one of its reasons for closing.

If You Have A Radar Detector In The Car, You Have Two Weeks To Get Rid Of It

Aussie Woman Leaves Note In Her Windscreen To Avoid Fine... Buuuut It's A Bit Aggressive