A mum-and-son petition has kicked off to turn the derelict space underneath a Perth bridge into a skate park.

Julie Preston and her son Louis are keen to see a skate park built under the Redcliffe Bridge next to Claughton Reserve in Bayswater.

The petition asks the WA Legislative Council to recommend Main Roads WA build a skate park under the bridge as part of the Tonkin Gap project. 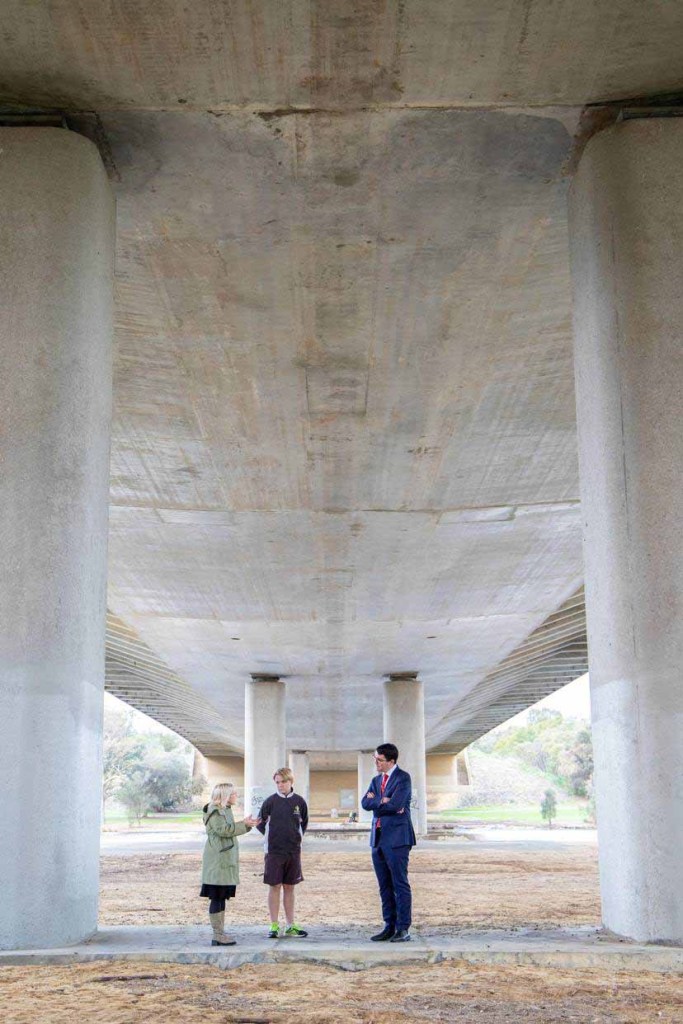 Ms Preston, a local of 20 years, told the Eastern Reporter it was an ideal location for a skate park.

“Under the [Tonkin] highway there, nothing grows, there’s no nature – it is a really ugly spot,” she said.

“My son likes to skateboard and my daughter likes to scooter, so we said ‘it would actually be a perfect spot for a skate park’.

“I think a skate park there would be another outlet for kids to be able to just enjoy that space on the river.”

She added that it was really about developing unused space in urban areas.

“…so the kids have got somewhere different to go and we are not just leaving that space derelict.”

Skate parks have been a hot button issue recently.

Cottesloe locals have been divided – but largely critical – of a skate park proposal to be included in an upgrade of Grant Marine Park, with signs appearing warning of the ‘consequences’ of such a facility were to go ahead.

The signs, which have since been taken down, warned of “increased undesirable nighttime activity, due to floodlights being installed,” and antisocial behaviour such as “excessive noise, drug dealing, gang activity, alcohol consumption and music”.

Post Newspapers reported a local resident told a council meeting that skate parks were a “lower socioeconomic facility” and therefore not suitable for Cottesloe.

In response, a “skate-through Cottesloe” invited people on wheels of all kinds to protest against “not-in-my-backyard” attitudes.

I call this ‘Cottesloe Gangsta’…. pic.twitter.com/OabBr9p6E1

It’s understood that if Julie and Louis’ petition gets more signatures, it will be tabled in WA Parliament.

Paper copies of the petition are available at Steam Haus Café in Maylands, we’ve also reached out for a digital version.

Perth Is Getting A Pop-Up Floating Cinema With FREE Popcorn

‘Everyone’s Making it Up As They Go’: Pav Explains What’s Going On With Derby Tickets