An advert suggesting that JobSeeker recipients spend their cash on bigger boobs will be pulled from Perth buses.

The racy ad said “put your Job Seeker to bigger use” across an image of a busty model in a bikini.

PerthNow reported that advertising on buses isn’t handled by WA’s Public Transport Authority but by an external company, which has since been directed to remove the ads “as a priority”. 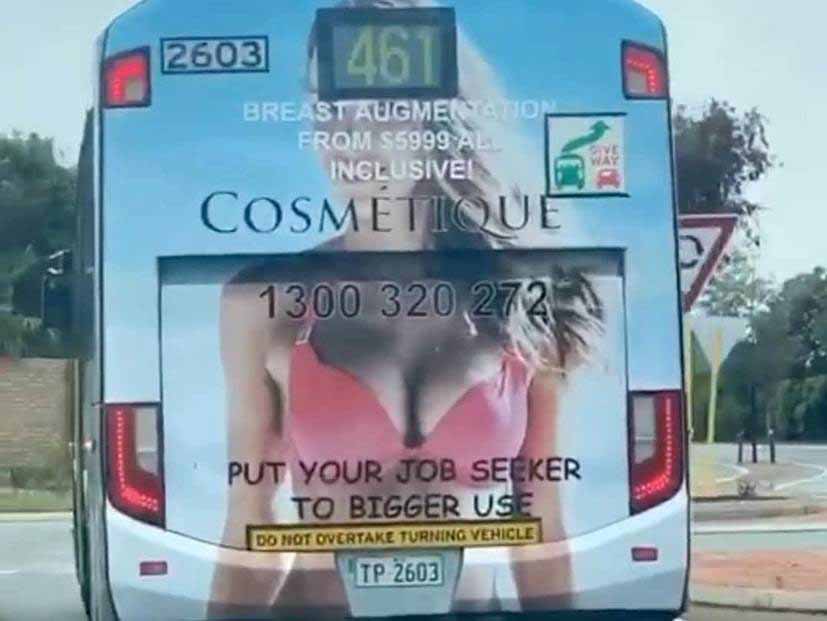 A spokeswoman for the advertiser said the ad was designed to be “memorable” but was not meant to be a “financial guide”.

“We do not advocate for anyone to take financial advice from material printed at the back of a bus,” the spokeswoman said.

“This is not our first controversial ad and will likely not be our last.”

Wait, The Budget Assumed WA’s Borders Will Stay Shut Until WHEN?