Perth Wildcats are celebrating the 30th anniversary of their first NBL Championship by reissuing a classic T-shirt based off the original 1990 design.

At the time, tens of thousands tuned in to watch the Game 1 nailbiter against Brisbane at the sold-out Perth Entertainment Centre, where they won 112-106 before Brissie clapped back with a 106-90 in Game 2.

Days later, Wildcats blew the game wide open in the third quarter and were up by 20 points before the final term. They cruised to a 109–86 victory to claim their first NBL Championship. 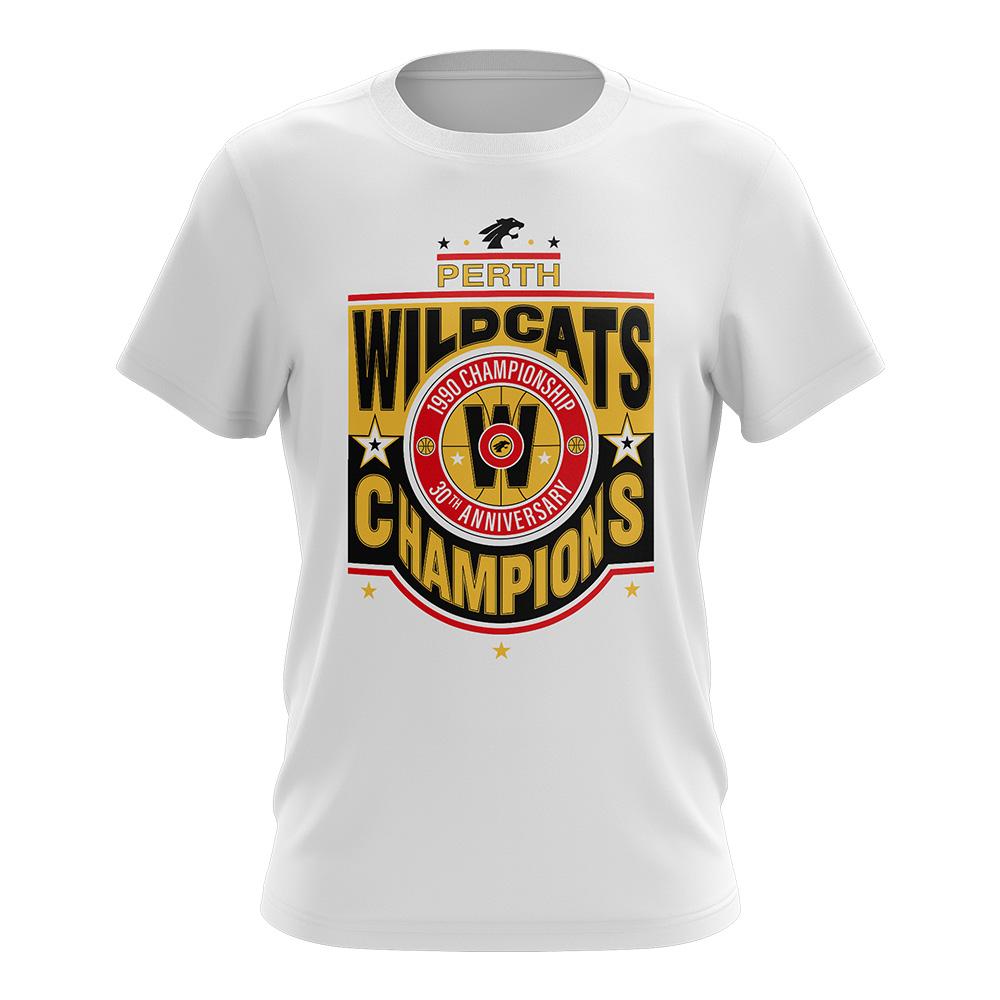 And the team have brought back the T-shirts worn by the players that year, including James Crawford.

The reissue has kicked off a stack of memories with fans, such as:

“1990 down at the Freo foreshore when the 3×3 comp was going on I met Ricky. He was more then happy to take photos and sign my shirt. Still one of the greatest memories to date as a 9 year old.”

“Remember that well, I was 14 in ’90. Didnt the wildcats also go to the UK and play the Houston Rockets in 95 as well?? Some sort of champions game? Great era the 90s defo miss them days!”

“Pretty sure this was the parade where Eric Wattersons car ran over my toes.”

Fans are now pretty hyped for a full ‘retro kit’ from the team.

What Are Your Favourite Memories Of Telethon?