Mark McGowan has declared the state’s official coffee and sandwich order in a classic April Fools’ stunt, but yo, he’s not wrong.

In an official-looking post to social media, the Prem said that while out and about, people were often “shocked” that there wasn’t an official sandwich and coffee order of Western Australia.

“We’ve never had one. But today, that changes,” he said.

“I am pleased to announce that today, 1 April 2021, is a historic day – the day we declare our first Official Coffee Order and Official Sandwich.”

Like the Bell Tower Times’ ‘Human Zoo’ articles which are pretty accurate (and sometimes uncomfortable) snapshots of Perth stereotypes, McGowan isn’t exactly wrong with this.

I mean, other than a Coffee Chill, Perth loves a long mac topped up. It sounds grown-up and, le sigh, it feels like what people from Melbourne might order. There, I said it.

“It’s an order that will only get you puzzled reactions from a barista anywhere else, but it’s a favourite over here: The Long Mac Topped Up.

“Some may call it inauthentic. Some may say it’s not a real thing. Some may suggest it’s just a triple-shot latte.

“All I know is that it’s a great coffee.”

McGowan then blesses us with the official sandwich of WA, which isn’t an Italian BMT on herb and cheese bread from Subway but it’s close: the Continental Roll. 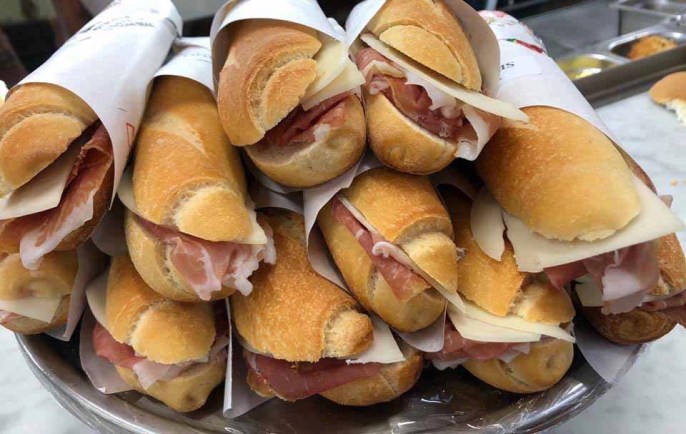 via The Re Store

“The first Continental Rolls were made right here in Western Australia in the 1950s,” McGowan said.

“A favourite of customers, the humble Conti Roll became a WA institution.

“There are a few different takes on the Conti, but the combinations of meats, cheese, and pickled veggies in a glorious roll have given our State many legendary sandwiches at delis across WA.”

As one of the commenters said: “Name a more iconic duo, I’ll wait.”

Missed Cheap Tuesday? Where You Can Fill Up For Easter & Not Go Completely Broke

Three Perth People Pocket $1.45 Million Each After Taking Out Division One

'I've Never Seen Anything Like It': Tradies Are So Hot, They're Getting Poached On-Site