In a possible case of having too much time on one’s hands, some genius has completely nerded-out over Mark McGowan’s lateness to pressers.

Titled ‘Waiting for Mark’, Redditor u/awhug used data from ABC News, YouTube and Facebook Livestreams across 39 press conferences to come to come to a couple of interesting conclusions. 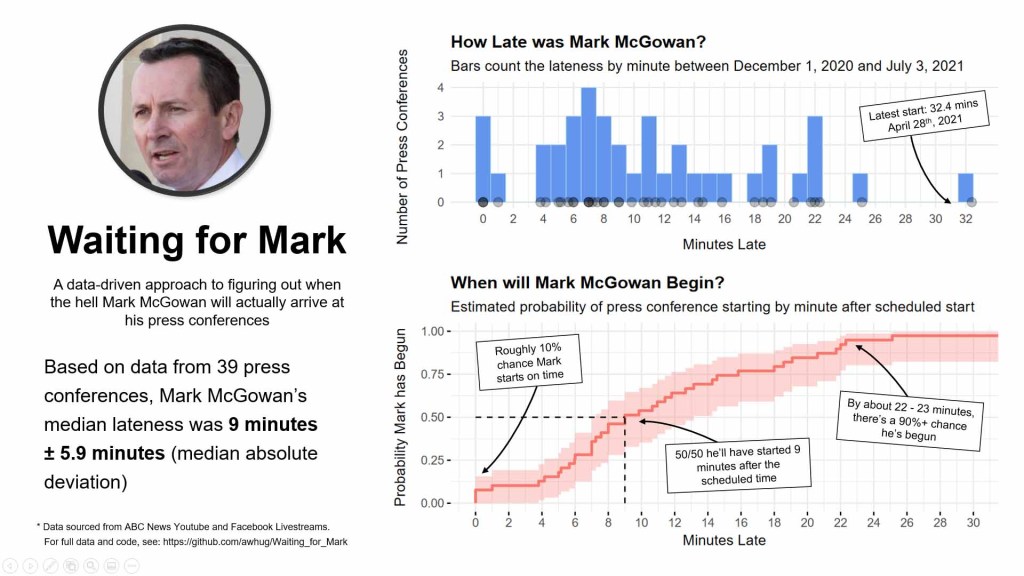 The big conclusion was that McGowan’s lateness was nine minutes with a median absolute deviation of 5.9 minutes… meaning, at the 9-minute mark, there was a 50/50 chance he would have already started.

There was a question if there was a correlation between lateness and bad news.

“Not sure there’s quite enough data to say definitively, or how to quantify how bad the news was, but could look into it.”

Here's Something We Can Be Certain About, Some Big Ol' Rain Is On Its Way