A storage shed in Hyde Park could be turned into a permanent food kiosk.

The City of Vincent has thrown open an online survey to see what the community reckons.

The shed is located at the western end of the iconic park and is due for renovation next financial year, the Eastern Reporter reported.

The iconic park currently has no permanent food and drink outlet, however a maximum of three food trucks can set up daily. 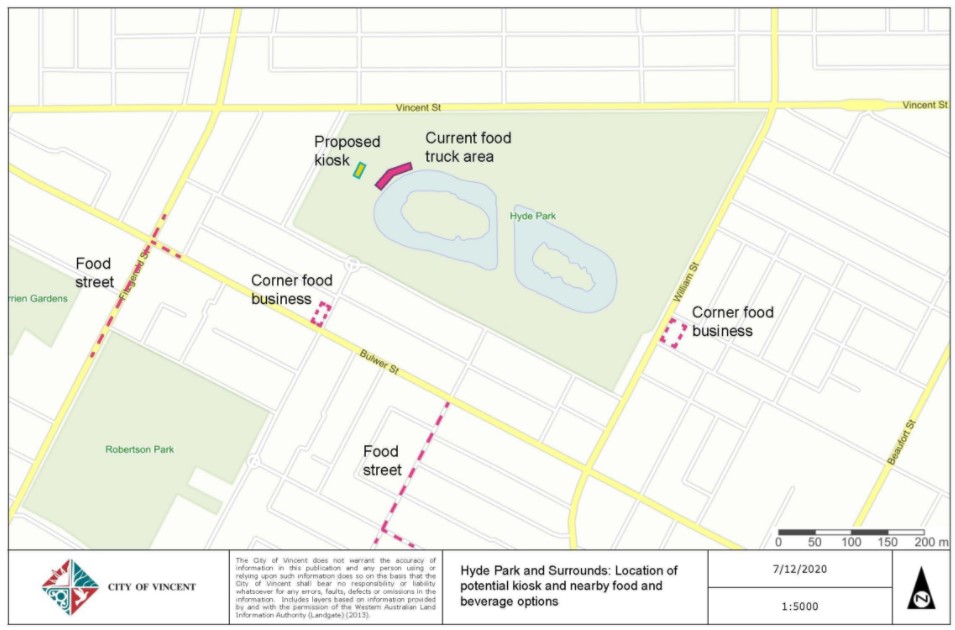 A permanent kiosk would be handed to one commercial operator, something the local food trucks aren’t happy about.

“A kiosk would allow a monopoly for one operator only and there are no kiosks in Perth that did not end up turning into an unhealthy petrol station-style store with high sugar and chocolates and soft drinks next to kids in a playground,” food truck owner Islam Bouyahia told the paper.

He added that a kiosk would also contradict the argument that bricks and mortar businesses around Hyde Park’s 200m area were suffering due to the impact of food trucks.

Mayor Emma Cole said that food and coffee were a big part of the park experience for many.

To have your say, the online survey can be completed on the Imagine Vincent website until April 2.