Flanking the premier at his press conferences, AUSLAN interpreter Fiona Perry has straight-up become a WA icon… but it seems she’s not the only one to have emerged as an unlikely cult figure.

The guy who stands at the door at a presser waiting to let Mark McGowan in.

Those who watch the pressers online will know that, in the comment section, this guy has been named ‘Steve’ by the public. 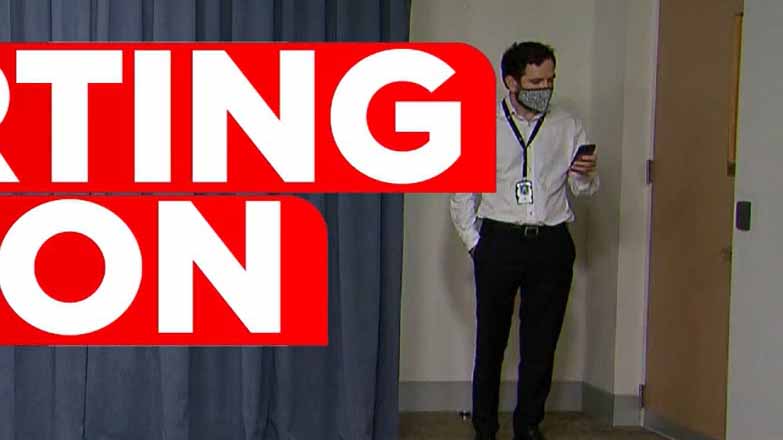 “As we wait for you to arrive, we’ve got to find something to amuse ourselves,” Lisa told McGowan on Thursday.

Not only did the premier know who we were talking about, McGowan said he thinks ‘Steve’ is aware of the public’s interest in him.

But McGowan said there was an air of mystery surrounding ‘Steve’.

“The thing about ‘Steve’ is that when I walk in the door, he pulls the door and hides behind it, so I never see him,” he said. “And then when I leave, he’s not there.”

“He’s a mystery to me… he’s amazing, whoever he is”

But what’s his real name?

Advertisement
Advertisement
Missed The Bunch with Clairsy & Lisa? Catch up by clicking play below!
the bunch WA Premier Mark McGowan

'Oh No, I've Won, How Am I Going To Explain This?' McGowan's Lotto Fright

‘He Seems Obsessed With Me’: McGowan To 'Ignore' Palmer’s Latest Threat Against WA

You will not be ready for Rai's answer to this one...

'We Didn’t Know What To Do': What Happened During The Longest Quarter In AFL History