Despite our sports guy Ryan Daniels having a full weekend of sport to get through, Lisa was busting to chat about the AFLW.

More specifically, why the match was delayed.

“We had a couple of derbies yesterday, but can we just talk, first of all, about the best thing,” she began. 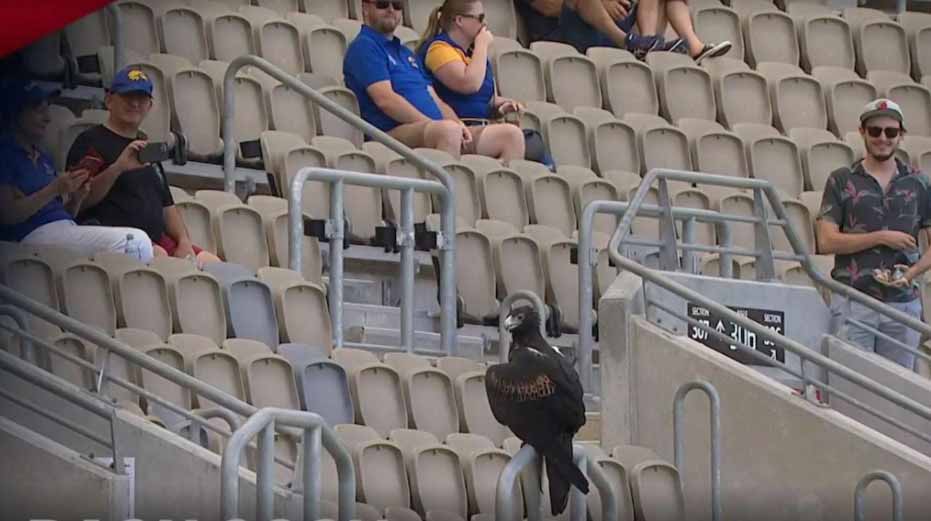 Under normal circumstances, Auzzie the live eagle would come out right at the beginning of West Coast home games and, led by her handler, would fly a couple of laps of the stadium before landing of a big footy in the middle of the oval.

Fans would cheer and a good time would be had by all.

Yeah, not this time.

Over the PA system, everyone at Optus Stadium were instructed to stop moving while there was a live animal in the arena.

“There would’ve been some terrified people in the stands,” Daniels said before saying it was clearly a pre-season for everybody.