Face masks and other items are washing up on NSW beaches after 40 shipping containers fell off a ship on the weekend.

The APL England lost the cargo in rough seas on Sunday while en route from China to Melbourne, forcing the ship to turn around and head to Brisbane. 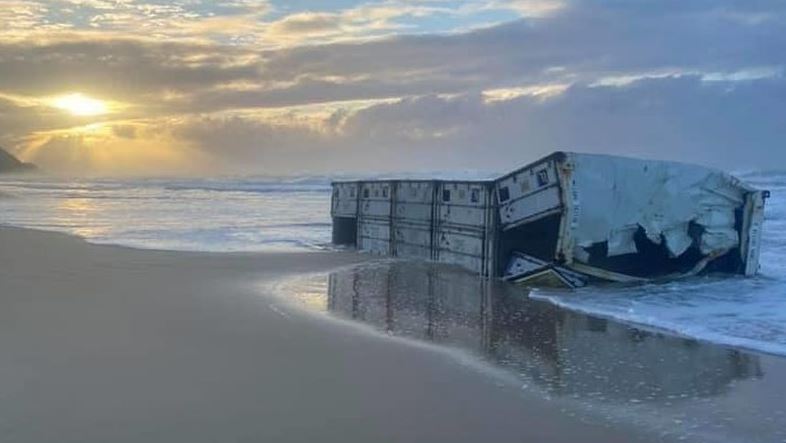 “These (reports) correlate to drift modelling of debris and are consistent with items listed on the ship’s cargo manifest,” AMSA general manager of operations Allan Schwartz said on Tuesday.

Meanwhile AMSA officials are expected to confirm on Wednesday morning whether the APL England can be brought safely into the Port of Brisbane.

AMSA officers boarded the vessel off Port Cartwright in Queensland on Tuesday to conduct a seaworthiness inspection following the collapse of the container stacks.

Mr Schwartz said the seaworthiness inspection will help determine if the ship can be brought safely into the Brisbane port.

“Once the ship is safely in port we will begin our investigation, which will focus on the safety of the ship including whether cargo was appropriately stacked and secured on board the ship, and any potential breaches of environmental pollution regulations,” Mr Schwartz said in a statement.