A huge piece of mining equipment which fell off a truck, blocking off an entire road has been likened to our own version of the Suez Canal shipping drama from a couple of weeks ago.

It’s understood the dump bed slipped about 7am (local time) while being transported by a semi-trailer along the Peak Downs Highway in Central Queensland.

The gigantic wide load took up the entire width of the road, slightly on the diagonal, and needs a crane to move it. 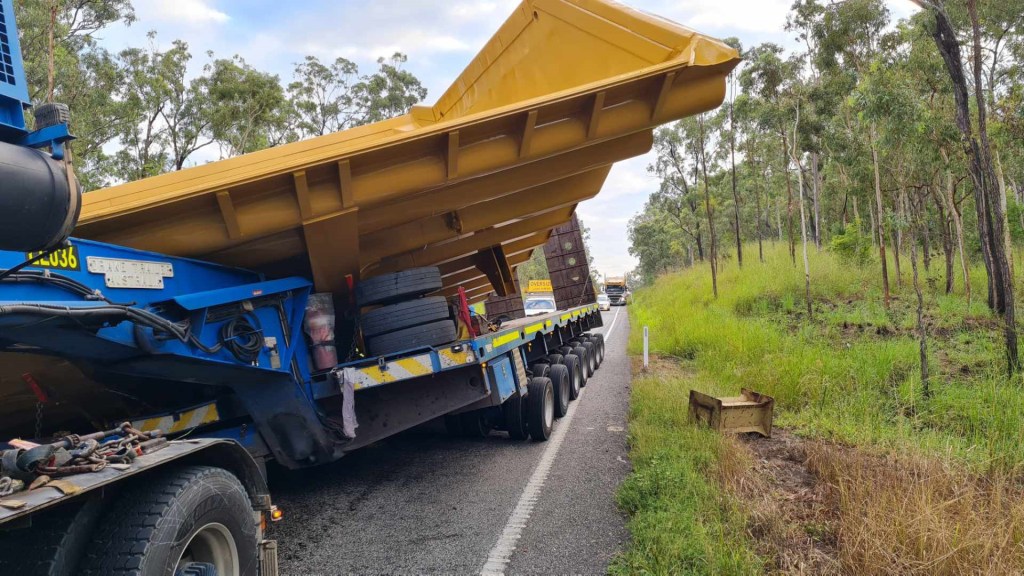 No one was hurt, but lengthy delays are expected.

“The captain of Ever Given’s first day at work in Australia,” was one comment, which was the name of the ship which was recently freed after becoming stuck in the Suez Canal.

The comment was quickly followed by some quick-draw memes. 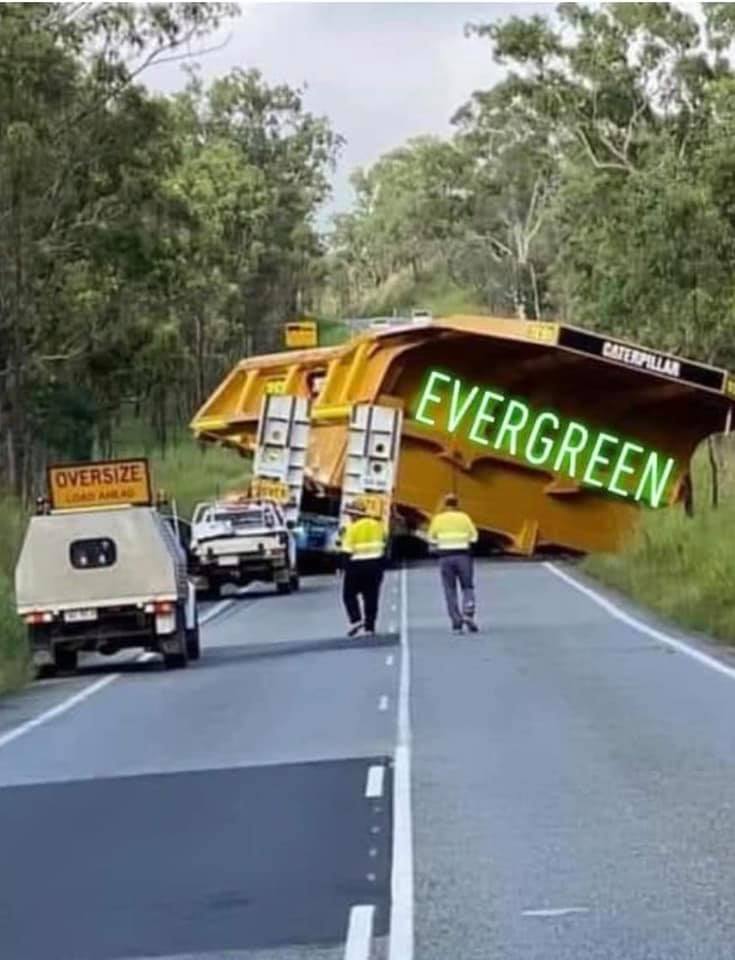 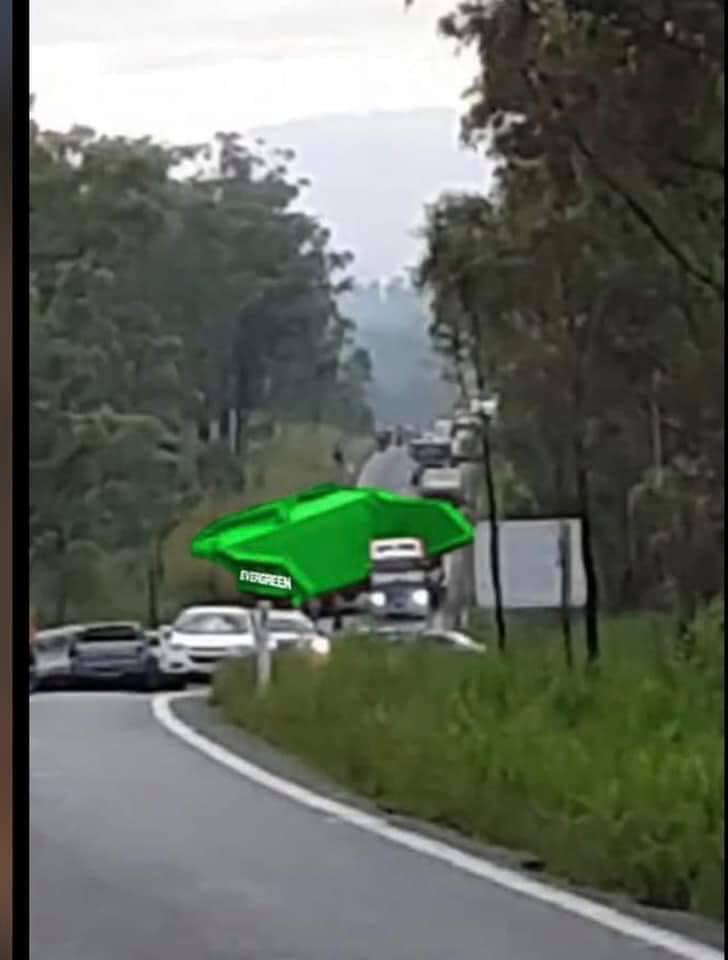 Advertisement
Advertisement
Missed The Bunch with Clairsy & Lisa? Catch up by clicking play below!
queensland