A mother has accidentally shot her 18-year-old daughter when the teenager surprised her by coming home early from university.

The New York Post report that Hanna Jones “ran through the door with excitement” to surprise her family in Ohio. Her mother, Renee Jones, immediately assumed she was an intruder.

“As I ran through the door, she was in fear for her life and shot me,” Jones said in a Facebook post.

“I crouched down and let out two screams,” she added, with her boyfriend racing in to call 911. 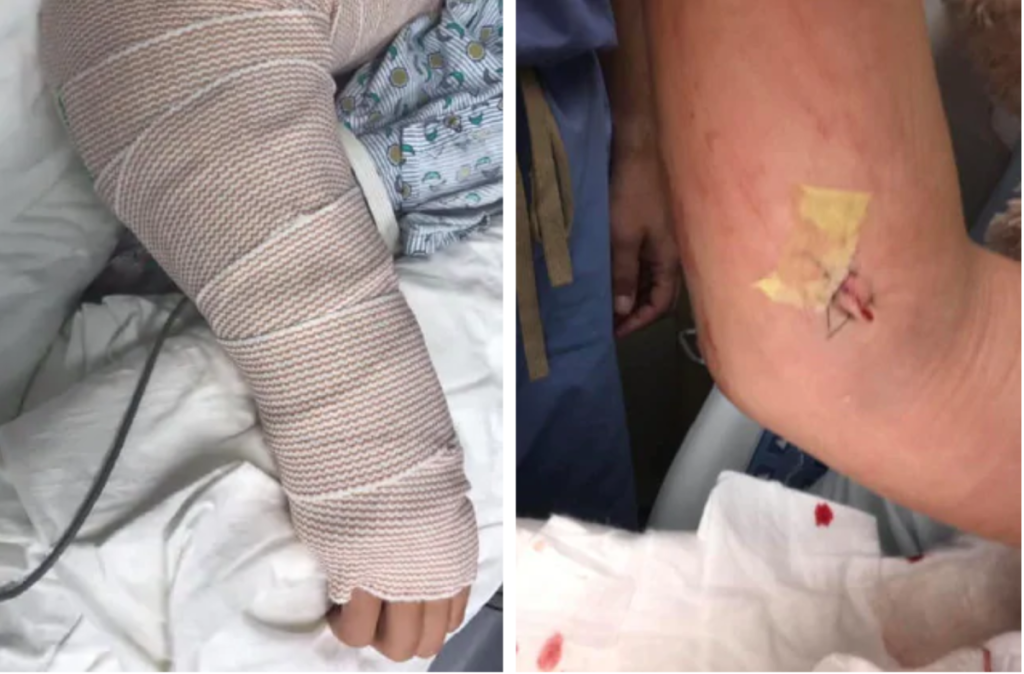 The accident left the 18-year-old’s right elbow broken in three places, requiring eight screws and three plates in her arm.

“It truly has been a crazy few days, but I am beyond thankful to still be here on this earth today,” she wrote.

“I sure am lucky to still be here! It still baffles my mind to know that I could be dead, but thankfully I had an angel looking over me that night.”

Prosecutors have yet to decide if any charges will be pressed.