The land search for four-year-old Cleo Smith is set to wind down as West Australian police focus their investigation on the likelihood the little girl was abducted.

Detectives have not given up hope of finding Cleo alive but admit all signs point to her having been taken from her family’s tent at the popular Blowholes campsite, on WA’s northwest coast, in the early hours of Saturday morning. 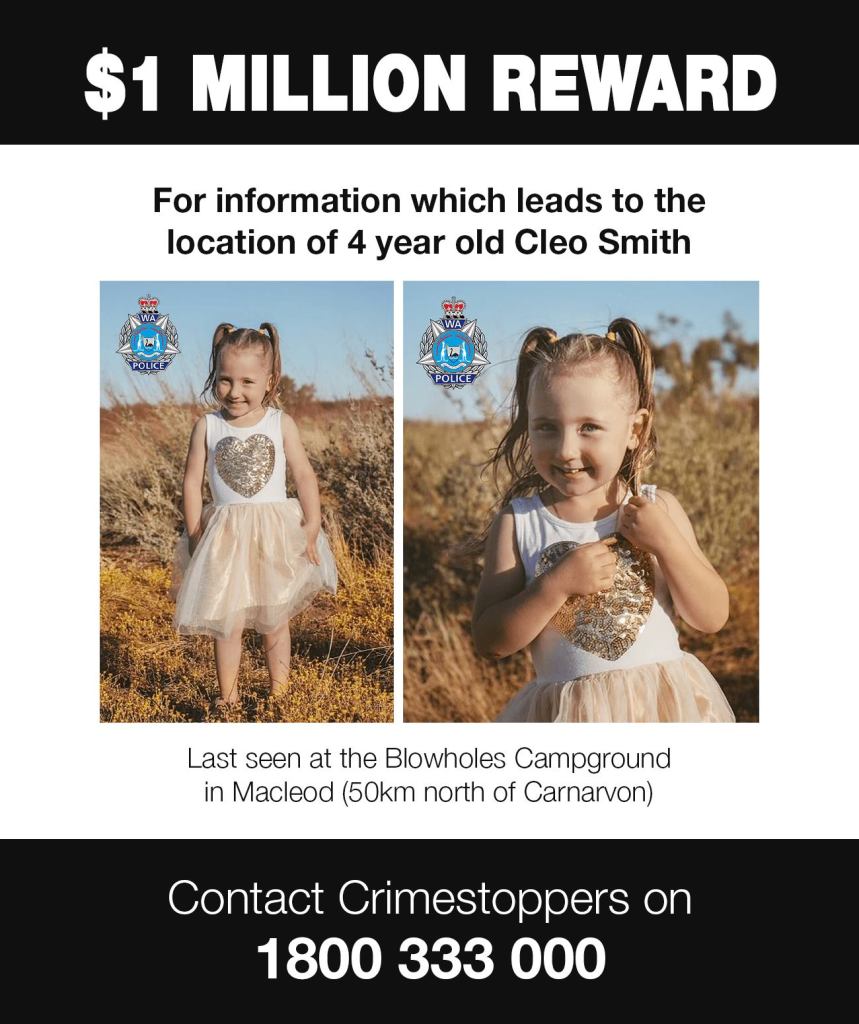 A land search in the immediate vicinity of the campsite, north of Carnarvon, is expected to conclude on Friday as police ramp up a criminal investigation.

“Given the information now that we’ve gleaned from the scene, the fact that the search has gone on for this period of time and we haven’t been able to locate her … it leads us to believe that she was taken from the tent,” Detective Superintendent Rob Wilde told reporters on Thursday.

Cleo was last seen by her parents about 1.30am on Saturday. Her mother Ellie Smith has said she woke around 6am to discover Cleo was missing from the family’s tent.

It has been confirmed the zipper on the family tent was found open to a height Cleo could not have reached, seemingly ruling out the possibility she wandered off on her own. Her red and black sleeping bag is also missing. 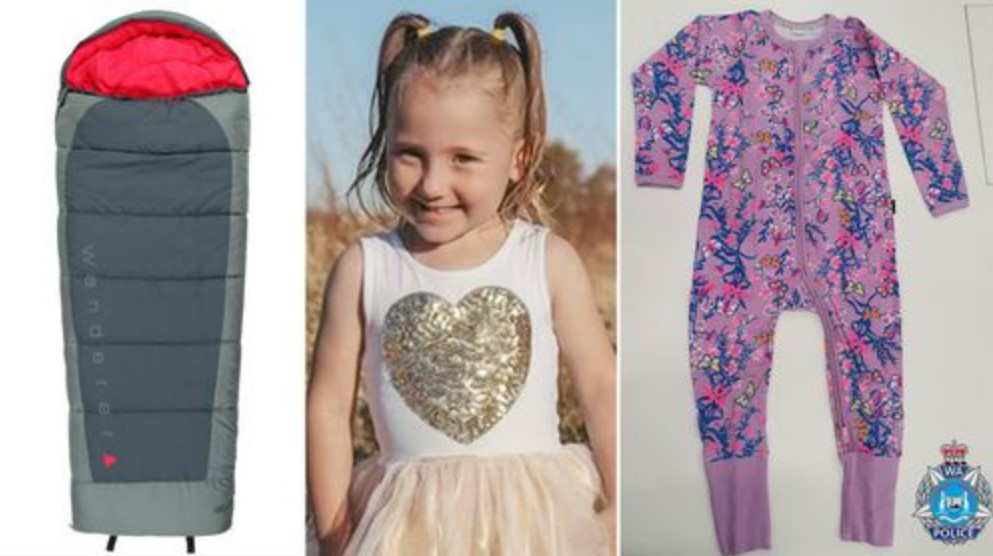 Investigators have spoken to up to 20 registered sex offenders in the Carnarvon area, but there are currently no suspects.

Acting police commissioner Col Blanch said an analysis of CCTV vision from a nearby shack had placed Cleo at the campsite on the night in question.

“We will consider any possibility … we’re hoping for answers from the community.”

Supt Wilde said authorities were keeping an open mind in relation to whether Cleo may have been taken by someone known to her.

Police have not ruled out the possibility Cleo may have been taken across interstate borders.

“We’ve been in touch with all jurisdictions around Australia,” Supt Wilde said.

“We want to get this information out there and if anyone Australia-wide has information that could be relevant to the investigation, we ask that they call Crime Stoppers.”