The McGowan government is scrambling to close a loophole which allows data gathered by the SafeWA app to be used by police.

It emerged this week that senior police had twice accessed the information since mandatory registration at venues was first enforced late last year to help manage the coronavirus pandemic. 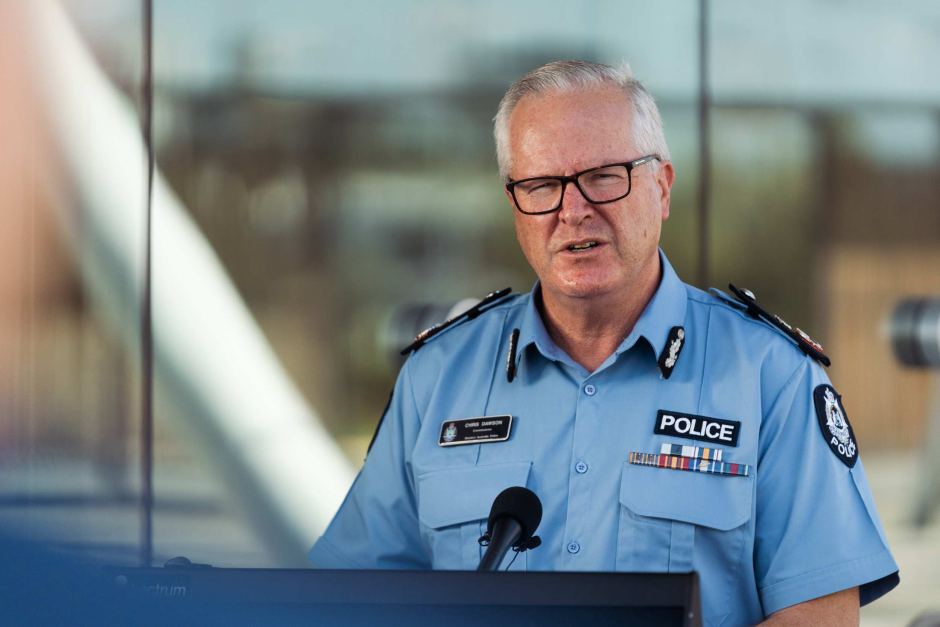 It was obtained to help identify witnesses to the December shooting murder of senior Rebels bikie Nick Martin at Perth Motorplex, and again in March in relation to a serious stabbing.

Police Commissioner Chris Dawson has defended the decision, saying the seriousness of the crimes justified using any lawful means available to investigate them.

“Police have a duty to investigate crime and we’re talking here about a man who was shot in a public area with an allegedly high-powered weapon and other people were injured,” Mr Dawson said on Wednesday.

“Don’t expect me to do my job half-baked.

“I expect my officers to do everything possible to bring a murderer to justice… I am not going to take half measures with that, and I make no apology for it.”

Mr Dawson said the data had only been accessed twice from more than 240 million check-ins.

He said officers had also sought access in February after methamphetamine was brought into a quarantine hotel but he had rejected the request.

Urgent legislation was introduced to parliament on Tuesday to restrict the use of the data solely for contact tracing purposes.

Businesses will be required to keep the data for 28 days then destroy it as soon as possible.

Premier Mark McGowan said he had become aware of the breaches in April and requested that police no longer access the data.

Mr Dawson – who also has significant public health responsibilities in his capacity as the state emergency coordinator – confirmed he had rejected the request.

The premier sought to downplay any conflict between the pair.

“I think a lot of people in the public would think (accessing the data) was reasonable,” he told reporters.

“But we just want to make sure … people are absolutely confident, in using the SafeWA app, that it won’t be used for any other purposes.”

The government had promised upon introducing mandatory registering that records “would only be used for the purpose of COVID-19 contact tracing”.

“This was a pact Labor made with the West Australian community when the SafeWA app was launched,” she said.

“Having broken their promise to the community, the Labor government now has to deal with the reality that public confidence in the app has been eroded.”