West Coast will be without Jeremy McGovern for their crunch clash with Brisbane after the AFL Tribunal upheld the star defender’s one-match suspension on Tuesday night.

The jury rejected McGovern’s argument that his strike on Gold Coast’s Alex Sexton was reckless, rather than intentional, and that the impact was negligible. 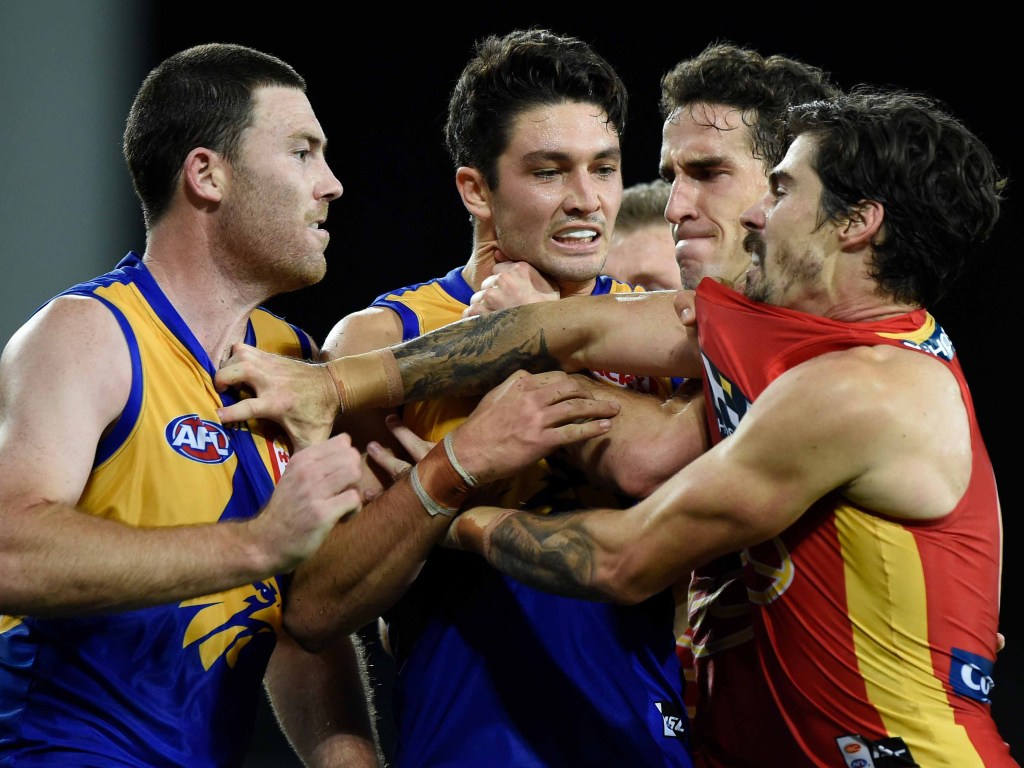 In his testimony, McGovern argued his intention was to push Sexton’s chest and grab his jumper, instead of striking the Suns forward’s face.

But the jury was not convinced.

“First of all, disappointed with the decision,” McGovern said minutes after the verdict was delivered.

“My intention was never to punch Alex in the head, which was the way it got taken, and I’m sorry for that.

“To Alex, the footy club and the fans, sorry for letting us down.

“I accept the consequences. It doesn’t look great and I made contact to his head.

“I’ll support the boys and the club as much as I can.”

The tribunal’s ruling came after an entirely online hearing via video conference call – an AFL first – that lasted more than 90 minutes.

It began in bizarre circumstances, with chairman David Jones asking an Amazon documentary film crew to leave the Eagles’ tribunal room on the Gold Coast, where McGovern was based. 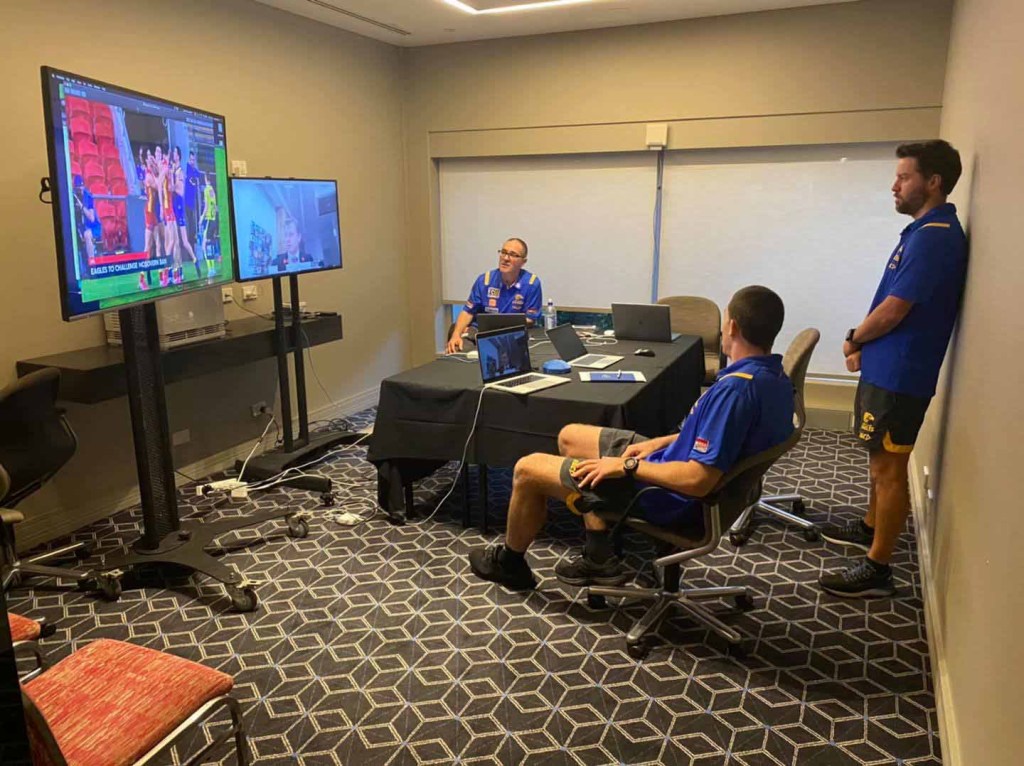 The All-Australian defender’s suspension is a major blow for West Coast, who are smarting from an unexpected 44-point thrashing from the Suns.

The highly-fancied Eagles face Brisbane – another possible premiership contender – at the Gabba on Saturday night.

McGovern accepted a further $1000 sanction for rough conduct on Sexton in a separate incident when he pushed the Suns forward into the fence outside the boundary line.

Sexton was also fined $1000 for rough conduct on McGovern in another incident during the fiery contest.

McGovern On Saturday Night's Loss, THAT Strike And Disappointing Dad, I mean, Simmo

'It Was Like Dancing With Your Sister': AFL Relaunched With Lowest Combined Score In 20 Years