Essendon have secured their finals spot and eased the pressure on coach John Worsfold with a 32-point AFL win over Fremantle at Optus Stadium.

Worsfold was put under the blowtorch in the wake of that defeat, but the Bombers responded to post the 13.9 (87) to 7.13 (55) win over Fremantle in a match that featured an umpire injury.

The Dockers were fighting to keep their own finals hopes alive, and they were desperate to farewell champions Aaron Sandilands and Hayden Ballantyne in style.

But their mounting number of unforced errors and wayward goalkicking proved costly against the run-and-stun style of Essendon, with the result officially ending Fremantle’s finals hopes.

But the biggest injury talking point was that of umpire Alex Whetton, who copped a heavy blow to the head in an accidental collision with Dockers forward Lachie Schultz.

A stunned Whetton lay on the ground for several minutes receiving treatment before trudging off.

Bombers forward Jake Stringer was influential with two goals and a number of score involvements, while Michael Hurley took seven marks in defence.

Sandilands finished with 36 hitouts and seven clearances in a dominant ruck display, but Ballantyne was goalless from his 13 disposals. 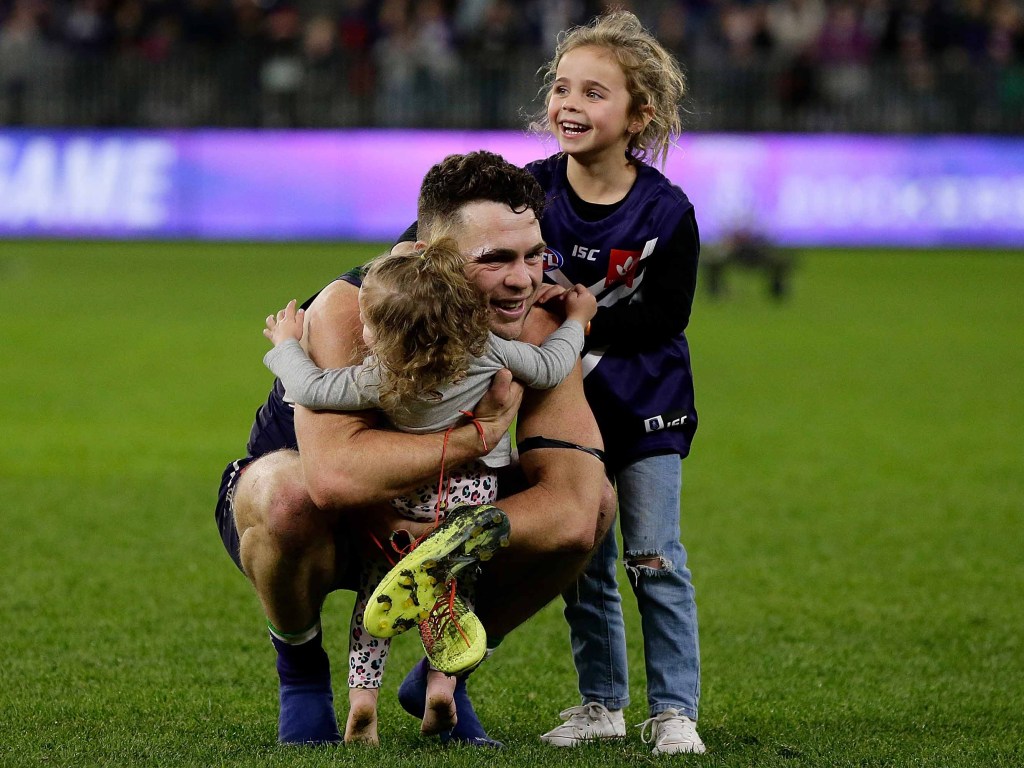 Zaharakis was forced off early in the second quarter when his left ankle twisted awkwardly under his body in a tackle.

Although he tried to prove his fitness with a series of run throughs on the sideline, his ankle wasn’t up to it and he was in a moon boot and on crutches by the end of the match.

A heated wrestle between Ballantyne and Essendon defender Adam Saad ignited the 47,833 crowd in the second quarter. 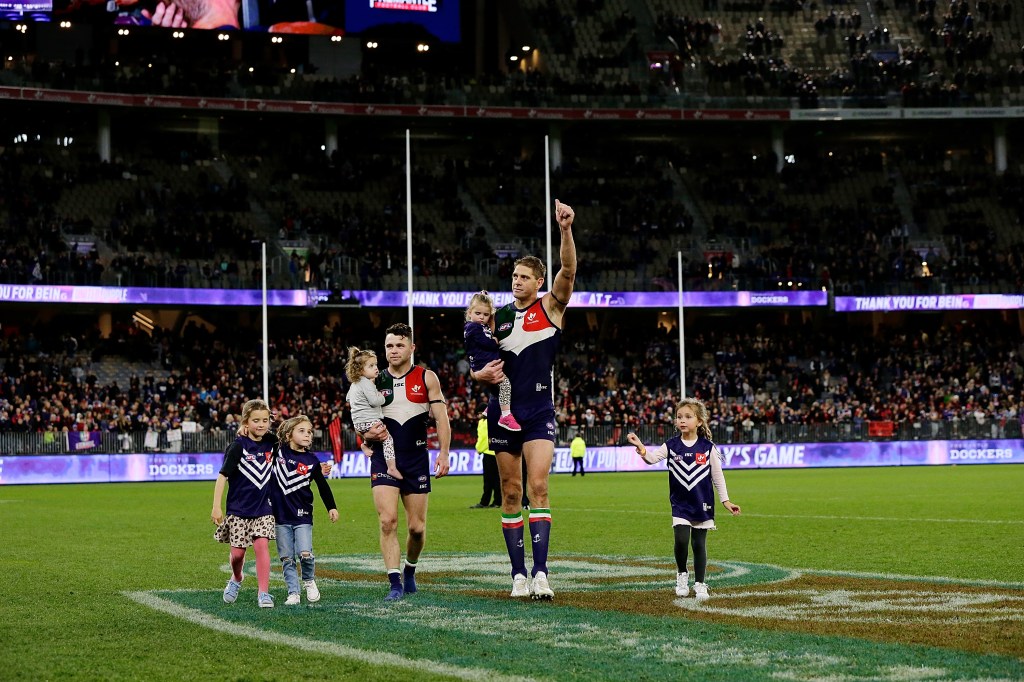 But errors continued to haunt the Dockers.

The Bombers led by 22 points at halftime, and extended it to 31 points by three-quarter time.

Fremantle closed the gap to 19 points with nine minutes remaining in the match, but two goals in as many minutes to Kyle Langford sealed the win for Essendon.