West Coast premiership player Daniel Venables has announced his retirement after an AFL medical panel recommended that he avoid all contact sport.

The 22-year-old has not played since suffering a brain trauma injury in a marking contest during the Eagles’ win over Melbourne in May 2019. 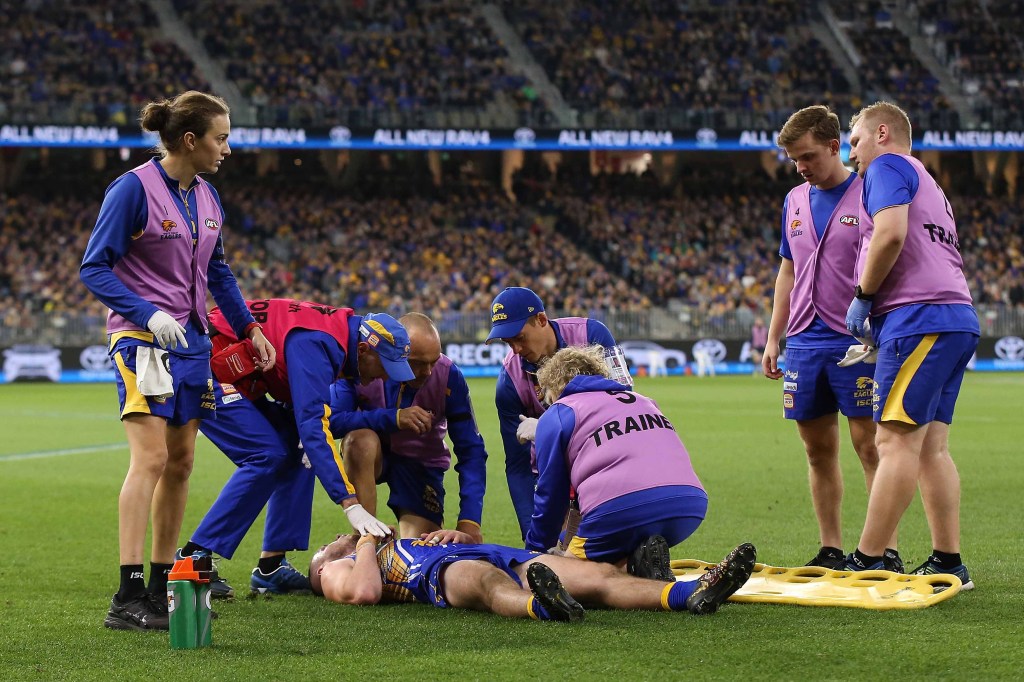 The Eagles club doctor and trainers check on Daniel Venables after colliding with Nathan Vardy and Tim Smith of the Demons in a marking contest during the round nine AFL match between West Coast and Melbourne at Optus Stadium on May 17, 2019 in Perth.

Venables still battles daily symptoms from the injury and informed teammates of his decision to call time on his playing career on Wednesday.

“I’m sad, but I guess I’m relieved because the pressure’s off and now I can focus on my rehab,” Venables said.

“I’m not able to play again, so I can just concentrate on my health.

“It’s not until you sit back and reflect on the time that you understand how far you’ve come and the things you have had to go through.

“I feel like this has matured me as a person and it will help me in the future.

“It has been two-and-a-half years, I am a very realistic person and I understood it was going to be tough to get clearance to play.”

A first-round draft pick in 2016, Venables played 21 matches for West Coast and was the youngest player in the club’s 2018 grand final triumph over Collingwood.

“I am grateful for the opportunity I got to play in a grand final,” Venables said.

“It’s pretty hard to come by and I will always have that to hang my hat on.

“It will always connect me to the club.”

“It is terribly sad news for Daniel and the football club, but it is not a surprising outcome,” Vozzo said.

“He tried everything to recover and play again, but ultimately that will not be possible.

“Despite the ongoing battles, Daniel has remained upbeat and has been an important part of the squad and the club.”

Apparently Elliot Yeo & Shannon Hurn Have This Ongoing Game On The Way To The Airport...