West Coast fans will be holding their breath over the next fortnight as Nic Naitanui attempts to stave off season-ending ankle surgery.

Naitanui suffered a syndesmosis injury to his right ankle during last week’s one-point loss to Collingwood, with the club ruling him out indefinitely.

If Naitanui is able to start running without too much pain within the next fortnight, West Coast are hopeful they can get him back playing in time for the start of the AFL finals. 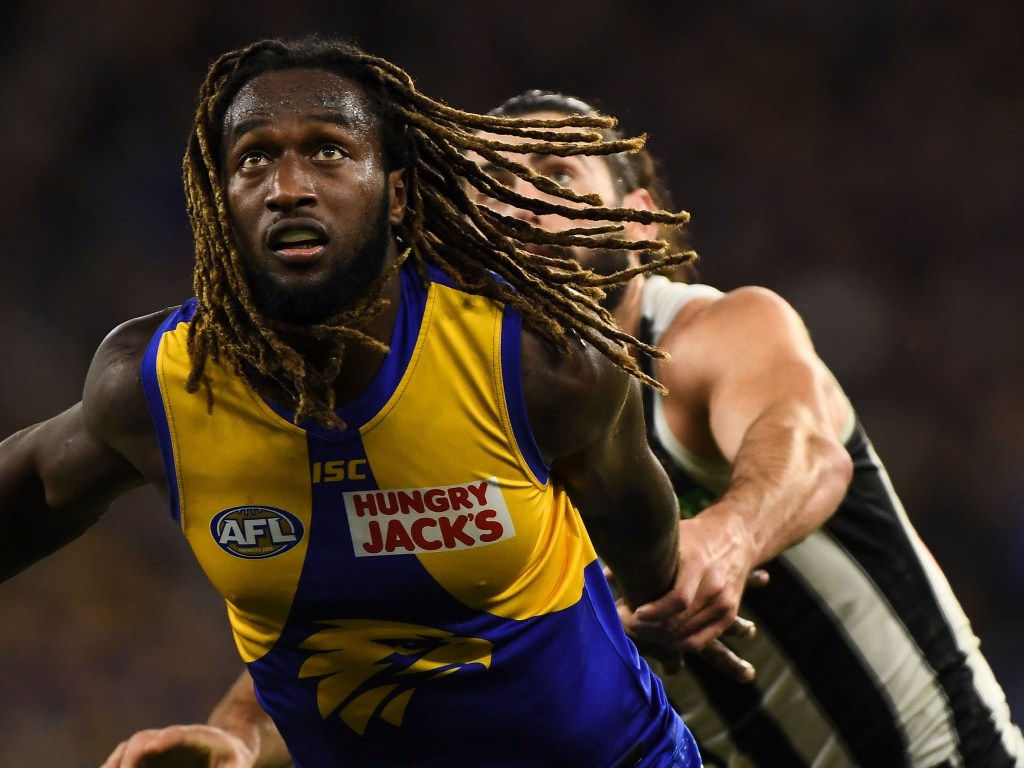 But if he struggles in the coming weeks, then season-ending surgery looms as the most likely option.

“It’s interesting with Nic. At the moment we’ve avoided surgery and we’re going to take a precautionary path with it,” Eagles coach Adam Simpson said.

“We’ll find out more in the next couple of weeks. Just how he pulls up, recovers, when he starts walking on it and running and the ligaments start to repair.

“If he can get through the next two weeks, start running, no hiccups, it could be a six-week injury and he could be back around (for finals).

“If it doesn’t go that way and he does need surgery then it doesn’t matter … it will be a season-ending procedure.”

Although West Coast managed to win last year’s premiership without Naitanui, the task would be even bigger this season given that Scott Lycett is no longer at the club.

Former Saint Tom Hickey will now be forced to carry almost the entire ruck load in the lead-up to finals, with help from the likes of Oscar Allen and other back-ups.

Simpson has named 199cm ruckman Bailey Williams as part of the extended squad to take on Melbourne, with the 19-year-old a chance to play second fiddle to Hickey.

“He’s probably got a bigger leap than Nic,” Simpson said of Williams, who won last year’s draft vertical leap test before being taken with pick No.35 by West Coast.

“But there’s more to it than just jumping. He’s exciting. He’s a very good forward as well in his own right. We’re not afraid to play the kids if we have to.

“Is he ready? He’s not far off if he’s not ready now. That’s exciting for everyone.”

Jack Petruccelle is expected to replace Jamie Cripps, who will miss at least three weeks with a groin injury.

Nat Fyfe out for Fremantle in AFL 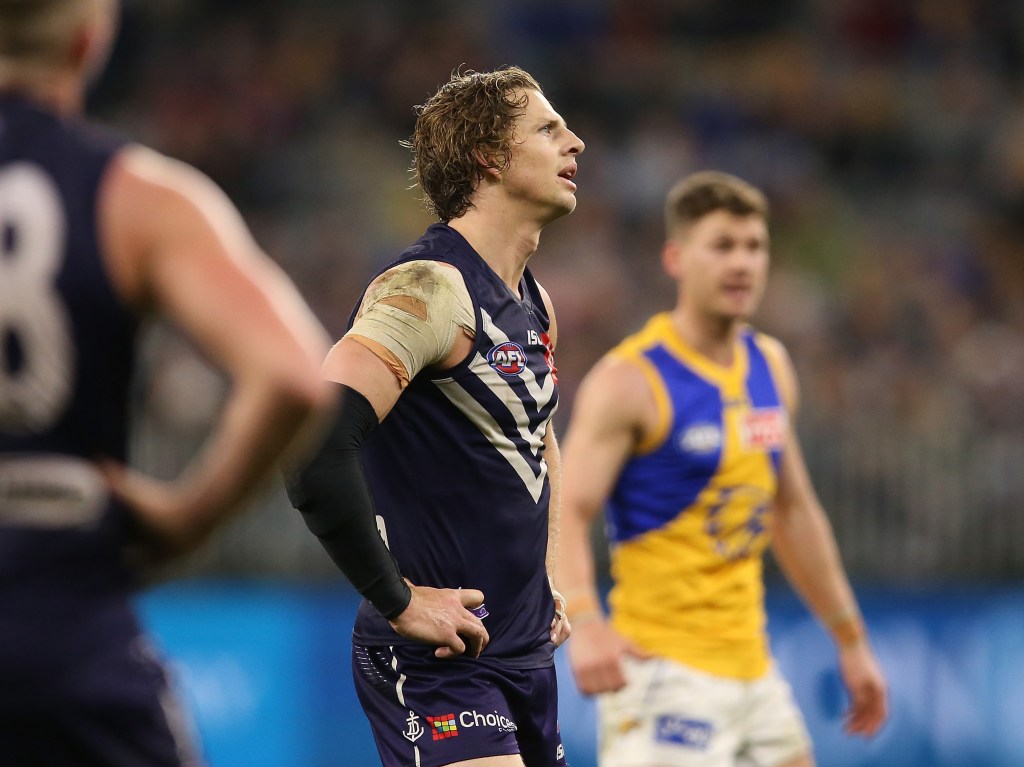 Fyfe had to go into hospital this week to treat the issue with an antibiotic drip.

It’s the same elbow that he required surgery on during the pre-season.

In better news for Fremantle, ruckman Aaron Sandilands has been cleared to return despite a recent calf scare.

Is Eagle Nic Nat Done For The AFL Season?