Ahead of his duel against the West Coast star on Saturday, O’Brien posted on Twitter: “Run off him hard, he is lazy and unfit, will have a field day getting ball and marking everything.” 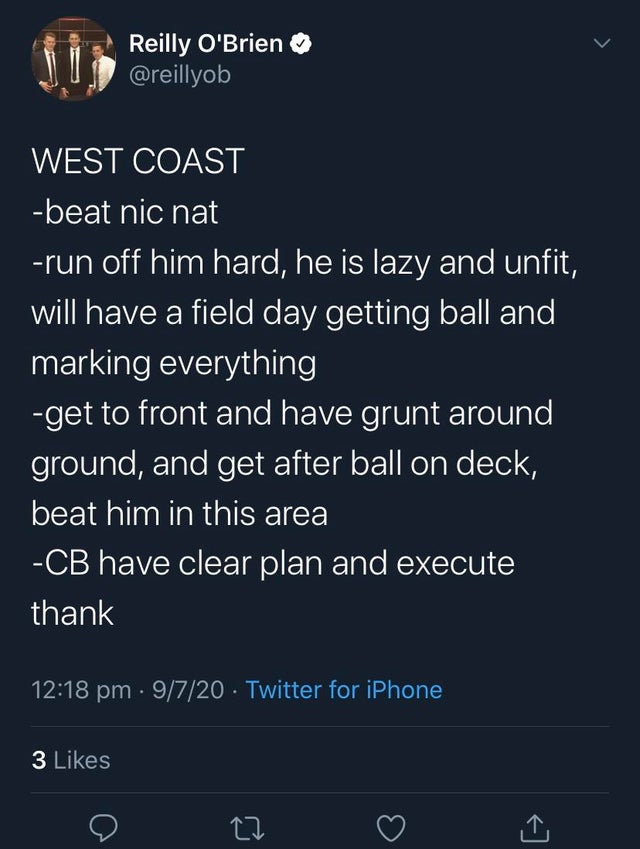 O’Brien soon deleted the post and replaced it with a video, saying: “I have had an absolute ‘mare on my social media today.

“Tweeted some of my game notes in my notes on my iPhone.

“I take these notes every week before the game to try and pump myself up and get a bit of confidence going into the game, make a few things up as you can see on the notes to try and give myself confidence.

“Coming up this week against who probably I think is the best ruckman in the competition at the moment, Nic Nat.

“I was just trying to get some confidence and get going so I really put the pressure on myself now.

“I have really got to walk the walk this week and try and get a kick against the superstar Nic Nat, so we will see how I go.”

O’Brien is usually renowned for his intelligence – he recorded an ATAR score of 99.75 in year 12 at school and is studying a university degree in biomedicine.

But the 24-year-old’s bungle is certain to further motivate Naitanui, a 171-game veteran and All Australian who is averaging 32 hitouts and 12 disposals a match this season. 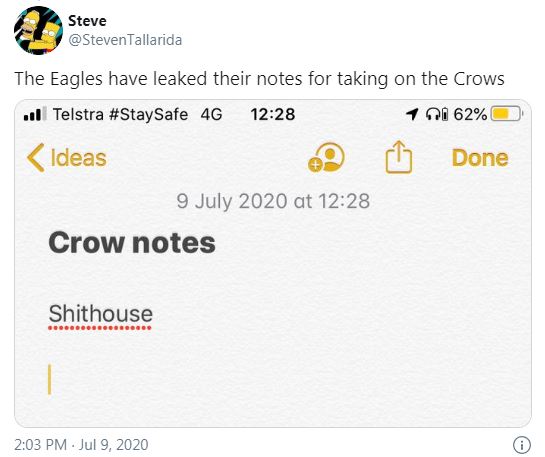 O’Brien, recruited by the Crows from Victoria in the 2015 rookie draft, averages 25 hitouts and 13 disposals this year.