West Coast coach Adam Simpson says he’s not going to try to “reinvent the wheel” despite his team’s costly end to the home-and-away season.

The Eagles’ top-two hopes were extinguished on Saturday night when they suffered a shock 38-point AFL loss to Hawthorn in Perth.

Even more worryingly, West Coast will finish fifth and lose the double chance if Richmond beats Brisbane at the MCG on Sunday.

The Eagles were uncharacteristically heavy-handed against the Hawks, and they lacked their usual intercept marking power in defence.

The surprise defeat came just a week after West Coast suffered a heartbreaking six-point loss to Richmond in a game in which they led by 29 points. 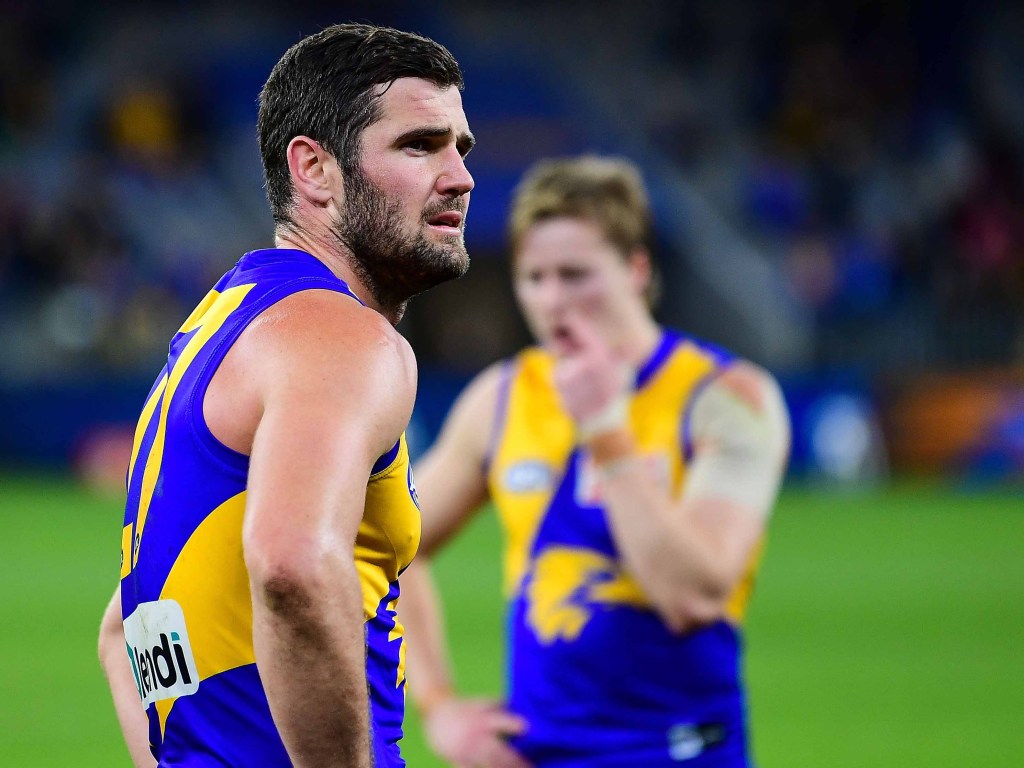 Simpson said his team’s inability to string four strong quarters together in recent weeks was hurting them.

But he’s confident they can fix things ahead of the finals.

“We’re yearning for that (strong four-quarter display), I think everyone is,” Simpson said.

“The way we played against Hawthorn is not going to stand up in finals.

“We were a lot off, but we’re not going to try to reinvent the wheel in the next 10 days.

“Our best is as good as anyone’s if we’re winning our own ball and competing hard and being predictable and the fundamentals are there.

“That’s the bit we’re yearning for. But we’re not going to completely try to flip things 180 (degrees). We’ve got some work to do, but we’re alive.”

West Coast are set to be boosted by the return of star ruckman Nic Naitanui for week one of the finals.

Hawthorn finished the home-and-away season with six wins from their last eight games.

The Hawks need Adelaide to beat the Bulldogs on Sunday if they are to sneak into eighth spot.

Hawthorn coach Alastair Clarkson thinks his team can cause some damage in the finals if they can make it.

But if they don’t, he feels their strong end to the season has given them massive belief heading into 2020.

“If we get there, great and if we don’t, it’s about the long game for us,” Clarkson said.

“I hope the supporters home are proud of our effort.

“We’ve won six of eight and I hope our supporters are starting to see that some of the young blokes running around for us have got a big future for our footy club.”

Scully’s 2018 campaign was ruined when he broke his right ankle.