Many were stunned when 45,000 footy fans were given just a four-hour heads-up that the Western Derby would be a lockout, but Elliot Yeo said West Coast knew it was coming.

The Eagles spanked Freo with a 59-point win at an empty Optus Stadium.

“There were talks beforehand and with the whole press conference coming out on Sunday morning, we knew it was coming.” 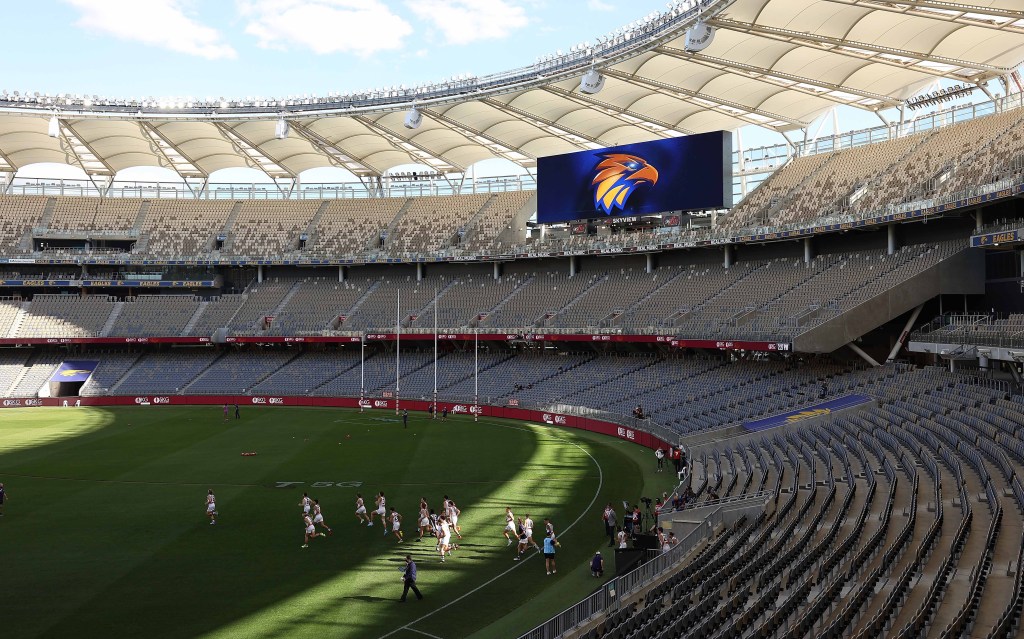 With 42 disposals and 14 clearances, Yeo called Tim Kelly a “freak” of a player, it what he described as a unicorn game before hinting that Liam Ryan might be back earlier than expected.

The Bunch Asked ‘What Did You Go Back For?’ & It Seems Perth Keeps Forgetting Kids

Could 3D-Printed Houses Be A Viable Answer To Our Housing Crisis?

‘His Wife Gets Half The Royalties For It’: Dave Gleeson Spills Backstory Of Classic Song