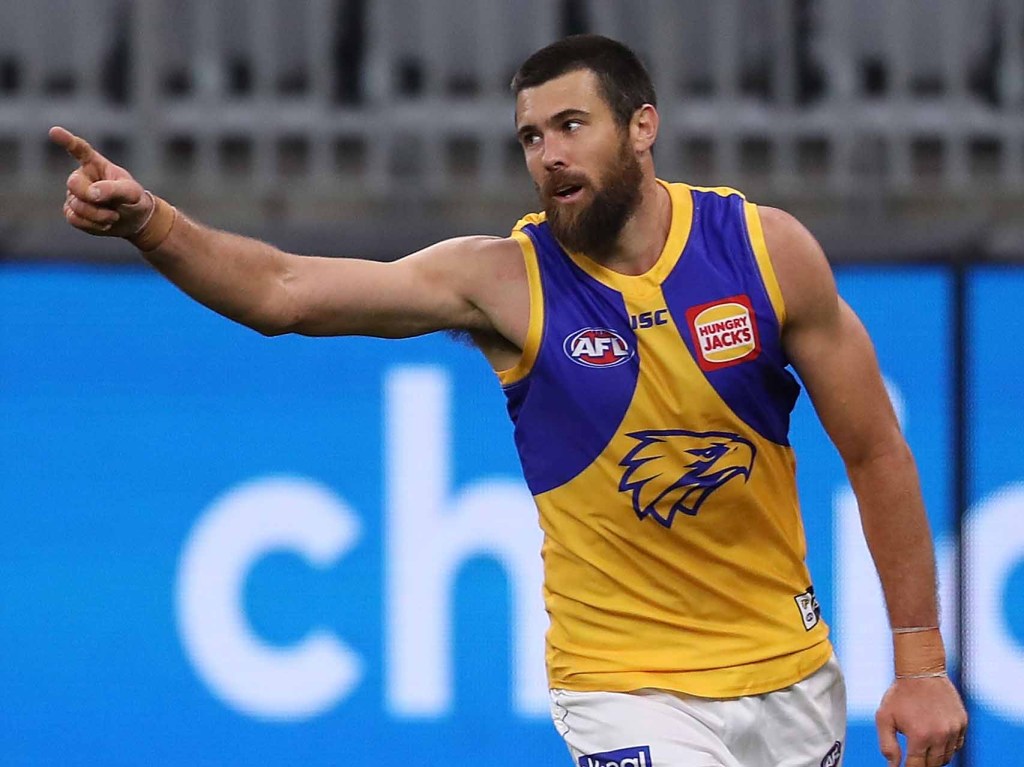 The Eagles’ current streak surpasses the nine straight derby wins set by the club from 1995-99.

“The way he prepares, it’s not a surprise he does what he does,” Eagles coach Adam Simpson said of Kennedy.

“He’s in the twilight of his career, and we don’t expect him to have eight shots at goal every week.

“He takes the best defender, he frees up other players, and he’s just a good bloke as well. I couldn’t be prouder for him.” 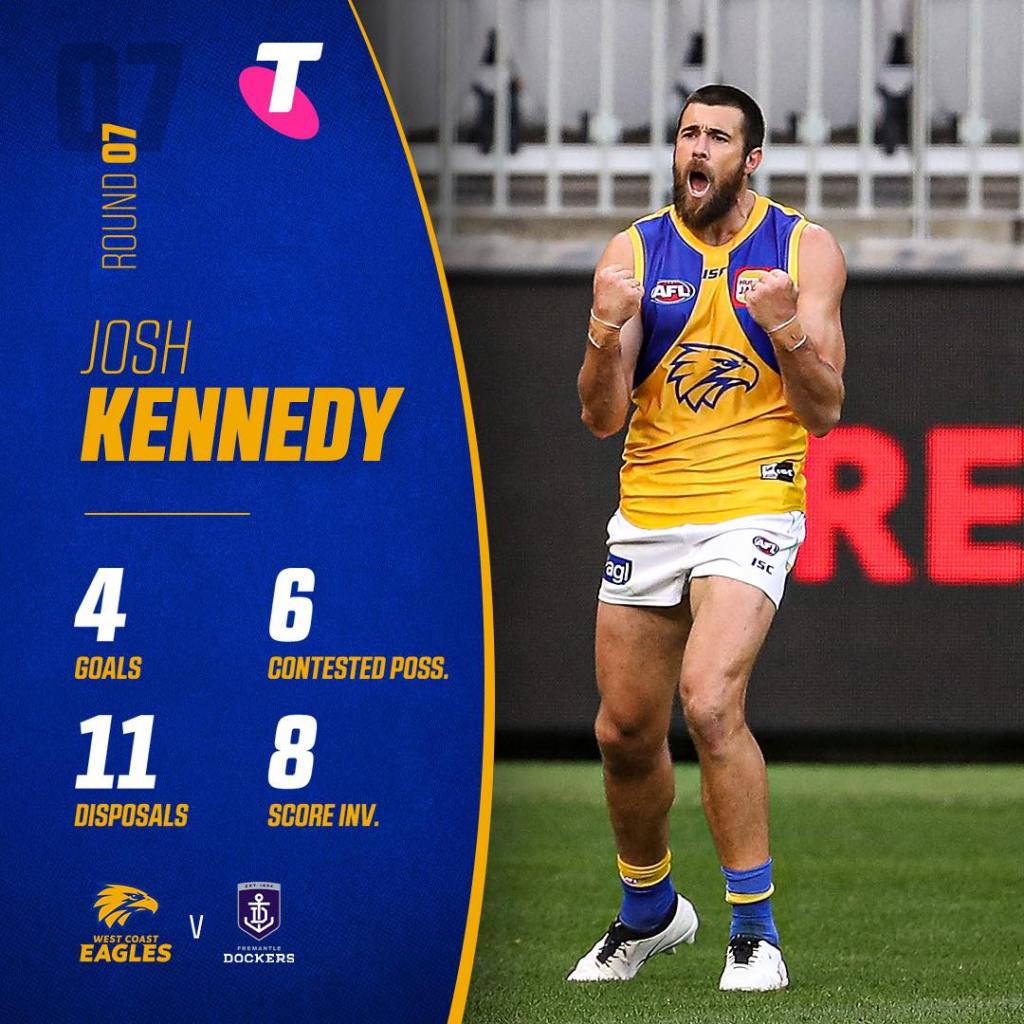 The Dockers fought bravely early and held a five-point lead in the second quarter, but were overwhelmed from that point on.

Nic Naitanui was influential with 22 hitouts and six clearances, while Elliot Yeo and Tim Kelly combined for 12 clearances.

Michael Walters battled valiantly for the Dockers and Luke Ryan (19 disposals) was prolific in defence, but West Coast’s firepower proved too hard to stop.

The Dockers entered the match missing almost all of their key defenders, plus skipper Nat Fyfe and spearhead Jesse Hogan.

West Coast were at full strength aside from captain Luke Shuey, who was a late withdrawal.

Fremantle spearhead Matt Taberner was near unstoppable in the opening term, but he also produced an embarrassing face-palm moment.

Taberner clunked two big contested marks on his way to two goals for the quarter.

But his decision to play on after outmarking Jeremy McGovern in the goal square proved disastrous.

Taberner didn’t realise that Tom Cole was sprinting in for a last-ditch effort to save the goal, with the Eagles defender bundling the Fremantle forward over the goal-line to earn a holding-the-ball free kick.

West Coast won the inside 50m count 16-4 during a dominant third quarter in which Fremantle failed to score.

The margin was 30 points at the final change, and Fremantle wasted the chance to get back into the match when Taberner and Rory Lobb sprayed shots on goal after taking big marks.

“I just spoke to the players then about making sure we learn from these experiences.

“We’re about growth, and making sure that we build week in week out.”