Not many AFL players are as decorated as Ross Glendinning, yet the legend himself joined Botica’s Bunch for 96FM’s 40th Anniversary breakfast at The Camfield on Friday.

Also, he was the inaugural caption of the West Coast Eagles… and, of course, the Ross Glendinning Medal is named in his honour. 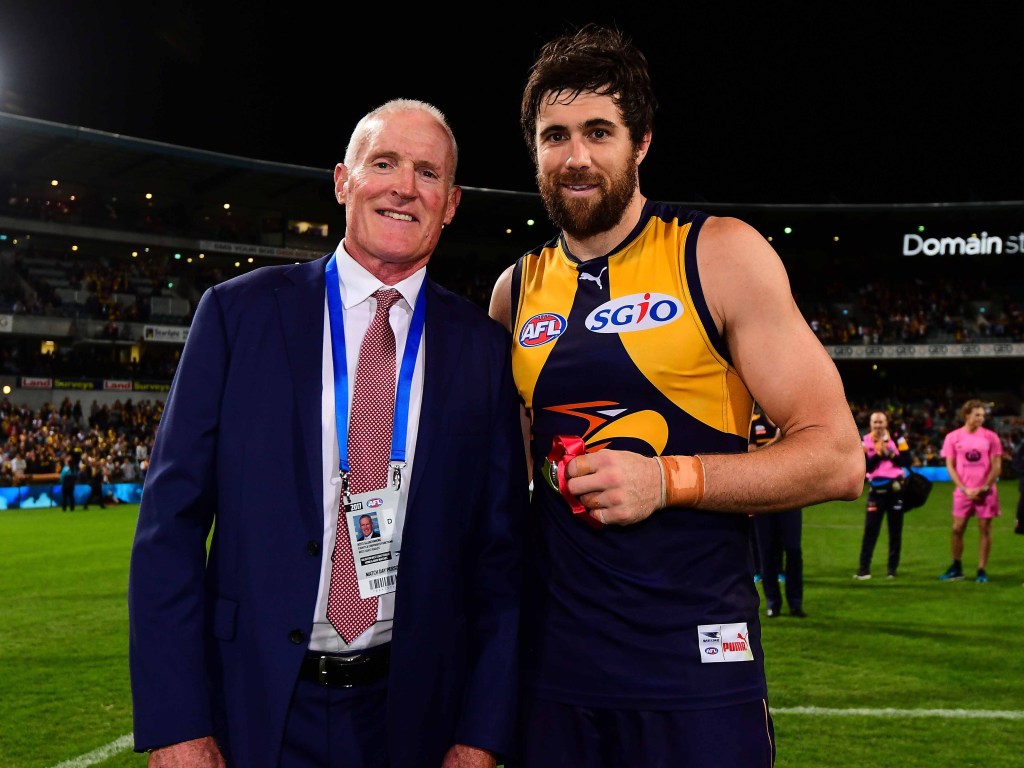 Ross Glendinning with Josh Kennedy in 2017.

I guess calling him legendary is pretty much an understatement.

Thing is, he told us a story about when he won the Brownlow Medal… which was the same day as Mad Monday.

Hit PLAY to listen in to the whole story, you’re not gonna want to miss this…

‘Hotel Shootouts With BB Guns’: Dave Gleeson On Touring With The Angels

Big Red in the House