Naitanui, playing his first game since suffering a syndesmosis injury eight weeks ago, produced a series of potent ruck taps and crunching tackles to give his side the midfield ascendancy.

The Eagles will now take on either Geelong or Collingwood at the MCG on Friday week in a semi-final blockbuster.

Naitanui finished with 24 hitouts and 14 disposals in a promising return.

But the 2012 All-Australian was reported for shoving Zach Merrett into the fence after the Bombers midfielder tugged on one of his dreadlocks.

The angry exchange sparked a heated melee, and Merrett was reported for the original hair tug.

Nic Nat was NOT HAPPY 😳

But both Merrett and Naitanui will probably escape with a fine given there were no injuries to come out of it.

Naitanui showcased his speed at ground level during the match, running down Bombers speedster Adam Saad in a mad dash in which he reached a speed of 31.7km/h. 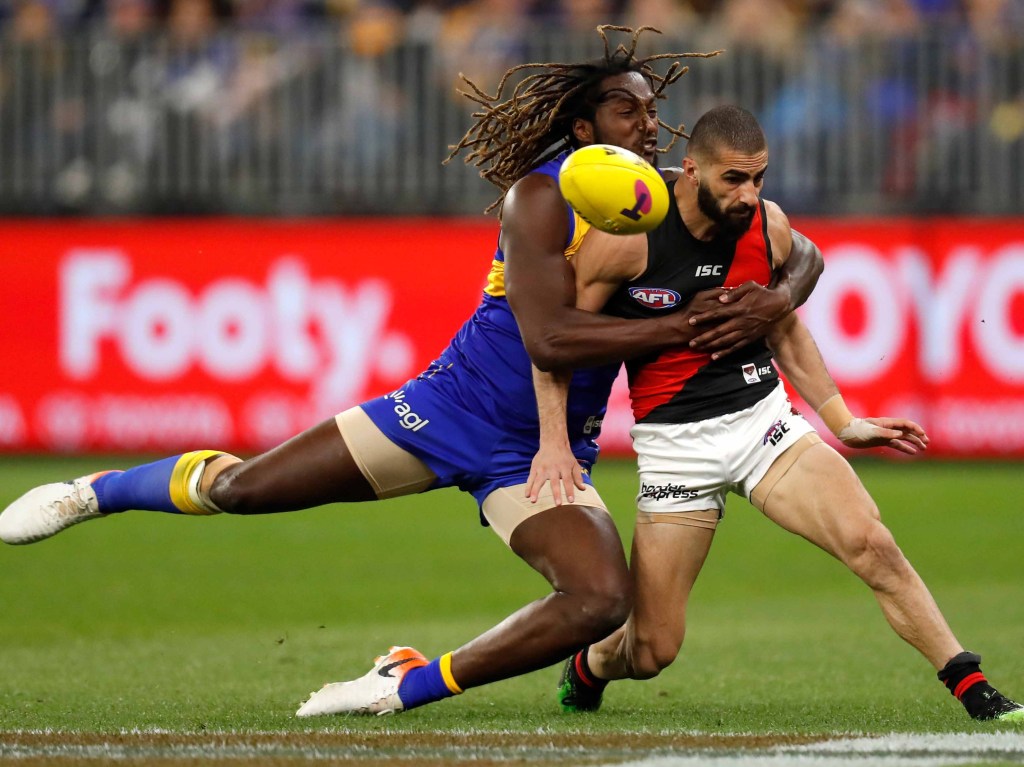 Essendon haven’t won a final since 2004, and the big question now is whether coach John Worsfold will hold onto his position.

Rumours have bubbled in recent weeks that Worsfold could be axed if he failed to guide his team to a finals win, but the veteran coach is confident he will be at the helm in 2020. 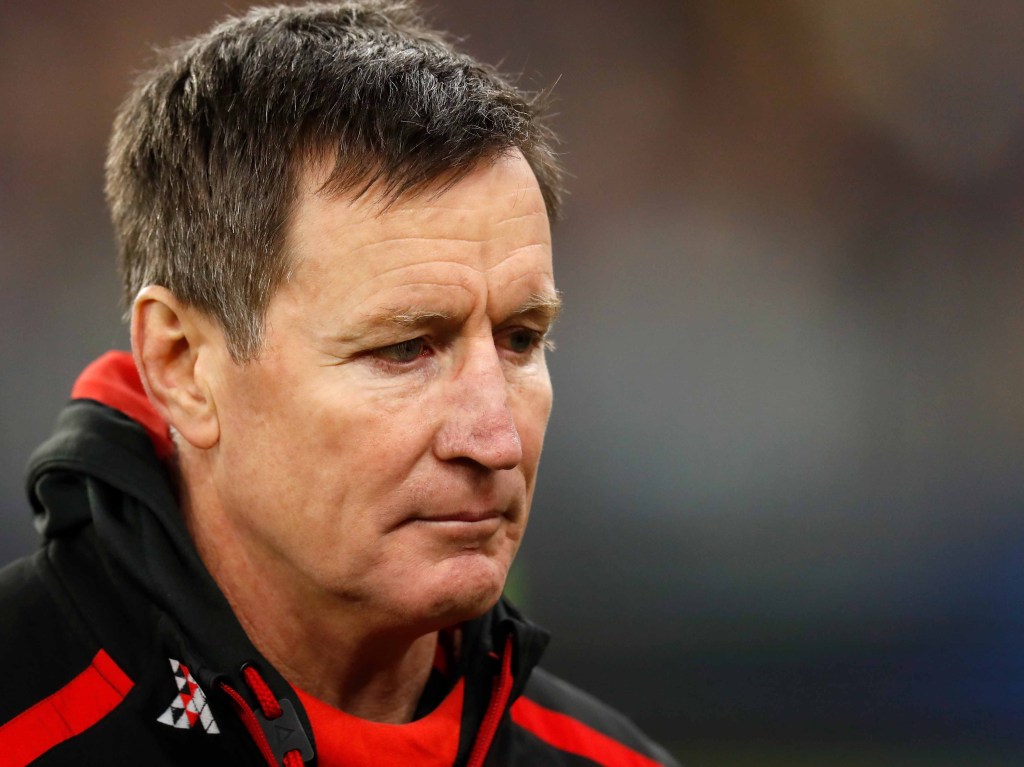 Essendon forward Jake Stringer was goalless, while Saad shook off a close tag from Mark Hutchings to finish with two goals and provide some good bounce from defence.

Kennedy booted his second goal on the quarter-time siren to give West Coast a handy 21-point lead at the first break, and the margin swelled to 41 points midway through the second quarter.

Merrett’s tug on Naitanui’s dreadlock ignited an angry response as tempers threatened to boil over in the third quarter.

Essendon booted the next two goals to close the gap to 24 points, but the Eagles were able to hold their nerve and then pull away in the final quarter.

“It’s always disappointing when you get knocked out of the finals,” Worsfold said.

“We lick our wounds, learn, and learn from one of the gun teams in this finals series.

“We had a lot of players playing their first final tonight against probably the most experienced team in the finals series. So we learn we’re a bit short of that mark and that pressure of finals footy.”

Eagles coach Adam Simpson was proud of the way his team responded from the recent losses to Richmond and Hawthorn.

“It was a pretty professional response,” Simpson said.

“I’m really proud of my players. It was a four-quarter effort.”