The National Basketball League has lost one of its biggest stars after Bryce Cotton opted out of his Perth Wildcats contract.

The reigning NBL MVP and grand-final MVP informed the club of his decision on Thursday. 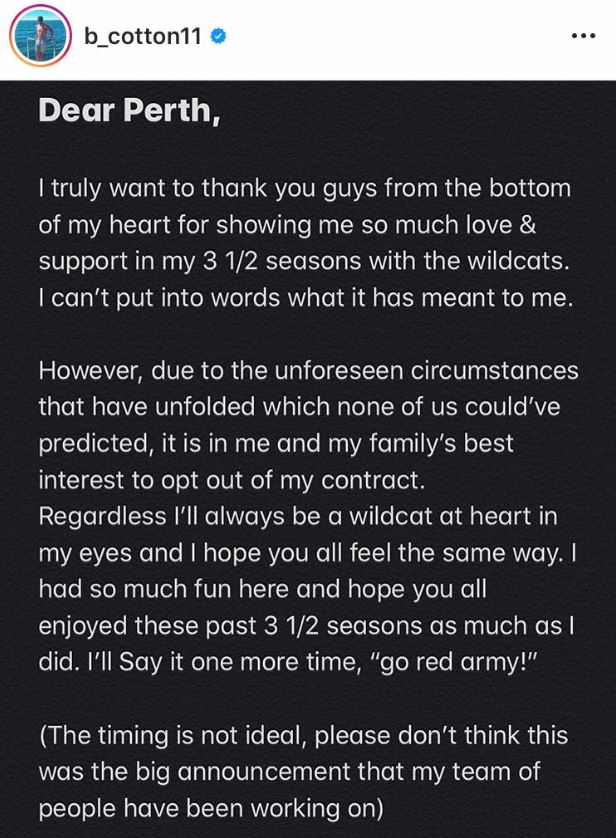 It follows a recent move by the league to drastically cut player salaries in the face of huge financial difficulties caused by the coronavirus pandemic.

Cotton was on a contract worth more than the $200,000-a-season threshold, meaning his salary would have been cut by 50 per cent next season.

Bryce Cotton opting out of his deal with the Wildcats is a real bummer. That the first domino to fall with the salary cuts is the league’s best player is a major bummer. Some United fans may hate hearing Wildcats praise but I’m a HUGE Cotton fan. Sucks to see this happen #NBL21

The 27-year-old American guard spent four seasons with the Wildcats, guiding the NBL’s most successful team to three championships.

Cotton had been in the process of gaining Australian citizenship, with an eye towards playing for the Boomers at the Tokyo Olympics.

Next Year's Australian Open Set To Be Played With No Fans, New Plans In Place