Fremantle veteran Hayden Ballantyne has been told by the Dockers he won’t be offered an AFL contract extension, but the goalsneak will be handed a farewell game this weekend.

Ballantyne is keen to play on for one or two more years, and will explore opportunities elsewhere.

The 32-year-old has played just two AFL games this year because of hamstring and form issues, but isn’t ready to hang up the boots yet. 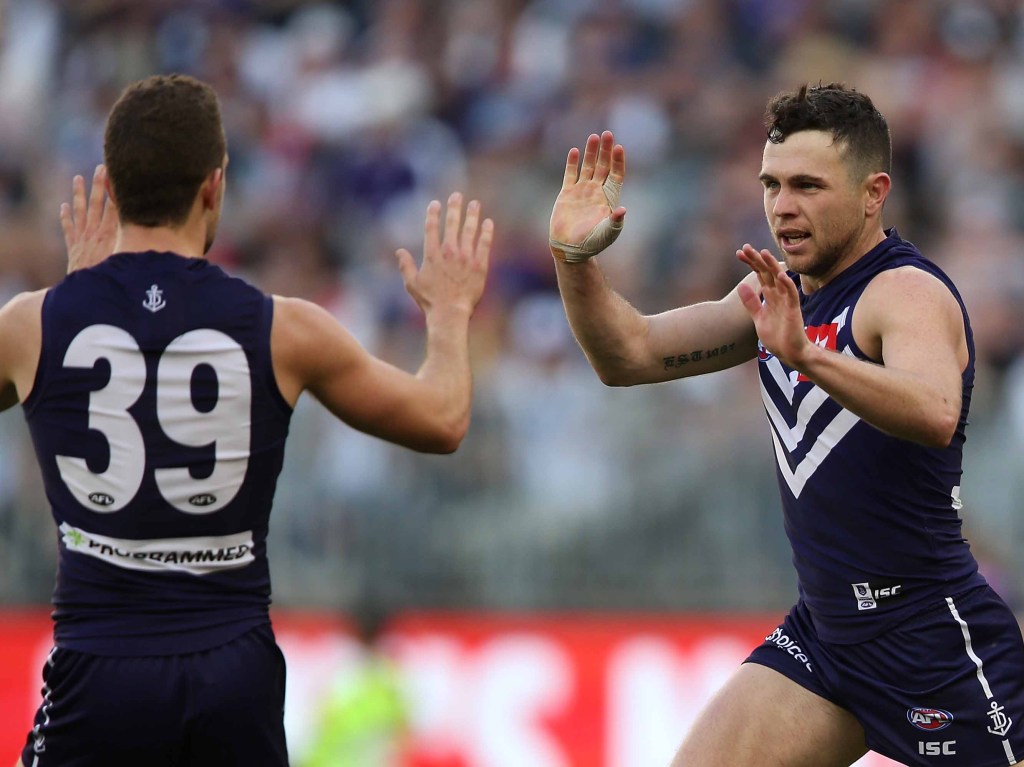 “I’ll be finishing up at Freo this year. It’s not a retirement, as such,” Ballantyne said.

“I’ll still be hoping to play footy next year and, whether that’s at AFL or WAFL level, that’s still to be decided.

“I’ve loved my time at the club, and I wish everyone all the best for the future.”

Fremantle have confirmed Ballantyne will play in Saturday night’s clash with Essendon at Optus Stadium.

Both Sandilands and Ballantyne might also play in the final round away to Port Adelaide, but their careers will be celebrated this weekend at home.

Ballantyne was taken at pick 21 in the 2008 national draft – the same year he won the Sandover Medal after booting 75 goals for Peel in the WAFL.