If you don’t have a ticket for the Bledisloe Cup, s’ok, someone’s set up a giant telly outside the stadium.

At 142sqm, not only is this thing bigger than any TV featured in Aldi’s Special Buys but it’s the fourth largest screen in WA and twice the size of that in Melbourne’s Federation Square.

The $2.4 million big box is currently up in the BHP Amphitheatre and will live-stream the clash between the Wallabies and All Blacks this Saturday night. 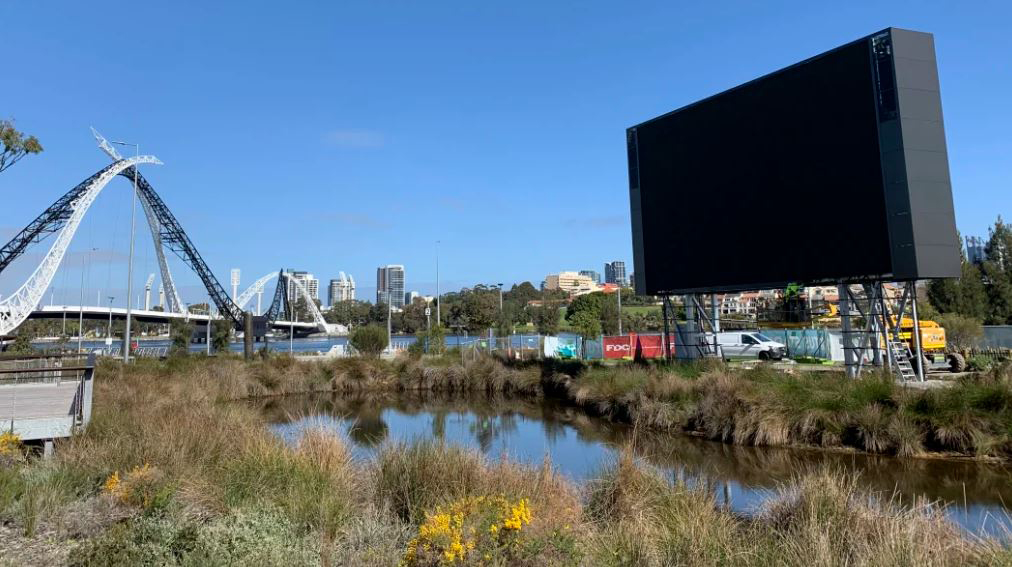 The venue can hold about 1000 people and, from next year, the area is likely to be licenced for outdoor movies, community events and live sport.

“When I saw the screen, the first thing that comes to mind is the recent Wimbledon tournament where you see outside the courts the amount of people just sitting there enjoying their lunch … some of them might have been having a champagne or two … but watching on the big screen and enjoying the entertainment that was going on inside,” Mr Murray said.

We have a new giant outdoor screen and amphitheatre! 🎥

There’s no word on how big the remote control is.

It’s great to see that after WA made some coin from the lithium boom, they go out and buy a $2.4M, 142sqm LED screen and stick it in the BHP Amphitheatre. FIFO is in our blood, we are molded by it

well it sounds great but can it Chromecast

The Age of Digital Addiction

WA Confirmed As Home Of The 'World's Largest Lollipop'