Melbourne United must be sick of the NBL match-winning heroics from Perth Wildcats import Terrico White.

White was at his best in the Wildcats successful championship series against United last season.

And on Saturday, his three-point dagger with 12 seconds left on the clock robbed Melbourne of an upset as the title holders started their defence at Perth Arena with a tense 94-93 victory.

United, who lost captain Chris Goulding before the game, led by 10 points mid-way through the third term and by nine with just three minutes left to play.

But two three-pointers late from White and strong work on the glass from Nick Kay saw the Wildcats home by a point.

White had scored just six points in the first three quarters and finished with 20, leaving United with a 0-2 record to start the season.

“We talked about other people stepping up and we had that tonight. We gave ourselves a chance, but defence rebounding percentage is a concern,” Vickerman said.

In the second half, Kay (18 points, eight rebounds) and Rhys Vague turned around Perth’s poor rebounding stats, especially on offence, which helped enable Bryce Cotton to finish with a game-high 21 points. 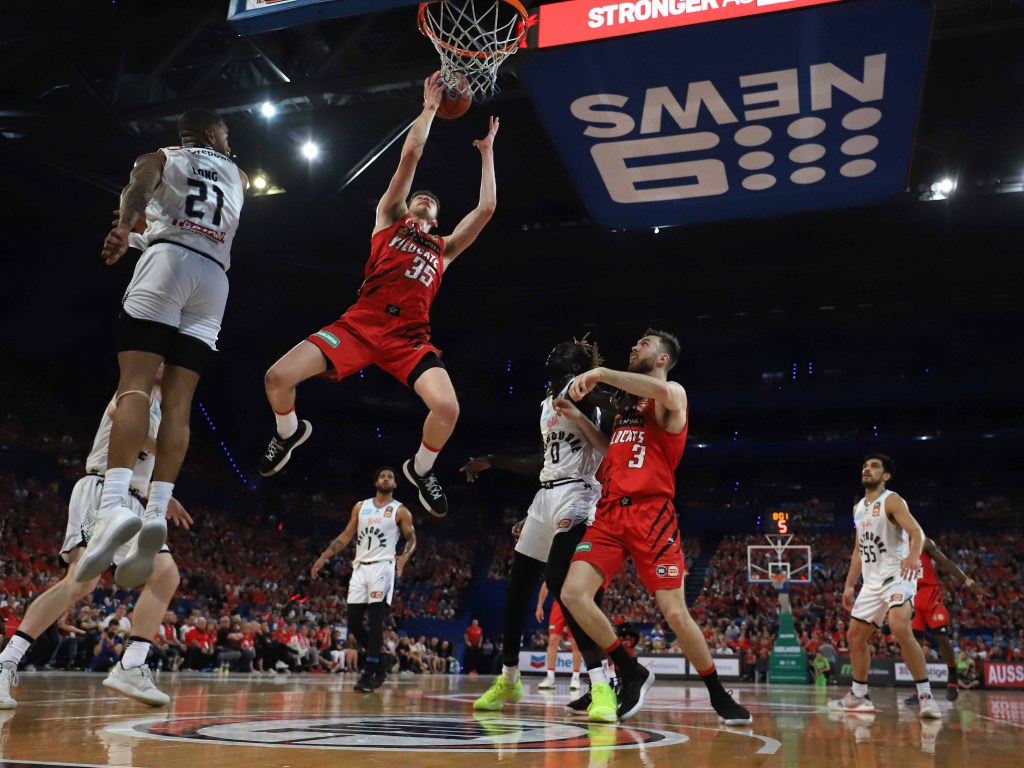 Clint Steindl lays up during the round one NBL match between the Perth Wildcats and Melbourne United at Perth Arena.

“The talent level in this league is unbelievable,” he said.

“You have to get a couple of wins early and get some momentum and then stay healthy.

“It wasn’t pretty. First half, we let so many easy points in. Sometimes you have to have that grit and determination to will yourself to win.”

United now take a break from NBL action to play against NBA sides the LA Clippers and Sacramento Kings in the USA.

Their next game is at home against the Wildcats on October 20 while Perth host Illawarra on Saturday.

Here's The Early Weather Prediction For The Grand Final