Lyon was sacked on Tuesday as Dockers coach despite having a year remaining on his contract.

Riewoldt played under Lyon for five seasons at St Kilda, including in the 2009 and 2010 grand-final campaigns.

“I think the facts would say that it’s the wrong call, and (I say that) because I’ve been coached by him,” Riewoldt told AFL 360.

“It’s difficult from the outside to understand all the time whether someone’s a good coach or not. But I know Ross Lyon’s a great coach.

“I don’t understand (why he’s been sacked). It feels like there’s been an agenda over there this year.” 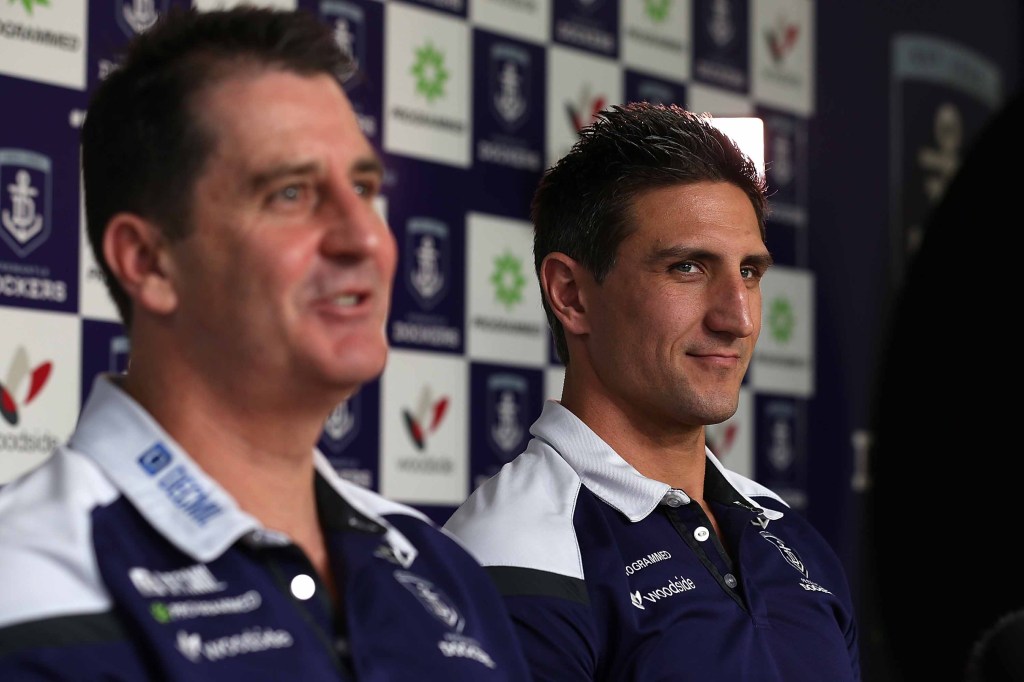 He described Lyon as an intelligent tactician and ruthless perfectionist, but also incredibly loyal and someone who possessed endless empathy.

Pavlich said Fremantle’s struggles over the past four years during their rebuild meant it was hard for Lyon to survive.

“It’s a brutal industry that we all work in, particularly at club land,” Pavlich said on AFL 360.

“In the last four years of the re-build, he’s gone from about a 70 per cent-winning record to about 33 per cent. It’s that statistic he can no longer endure and the club has made an extremely bold call.”