Richmond forward Tom Lynch has avoided suspension for dropping his knee on St Kilda defender Dougal Howard and will be free to play next Friday’s AFL preliminary final against Port Adelaide.

Lynch gave away a 50-metre penalty for throwing Howard to the ground, then dropped his left knee on the defender’s neck and shoulder area during the third quarter of Friday night’s game at Metricon Stadium.

Match review officer Michael Christian assessed the incident as a second offence of “misconduct” and offered Lynch a $750 fine with an early plea. 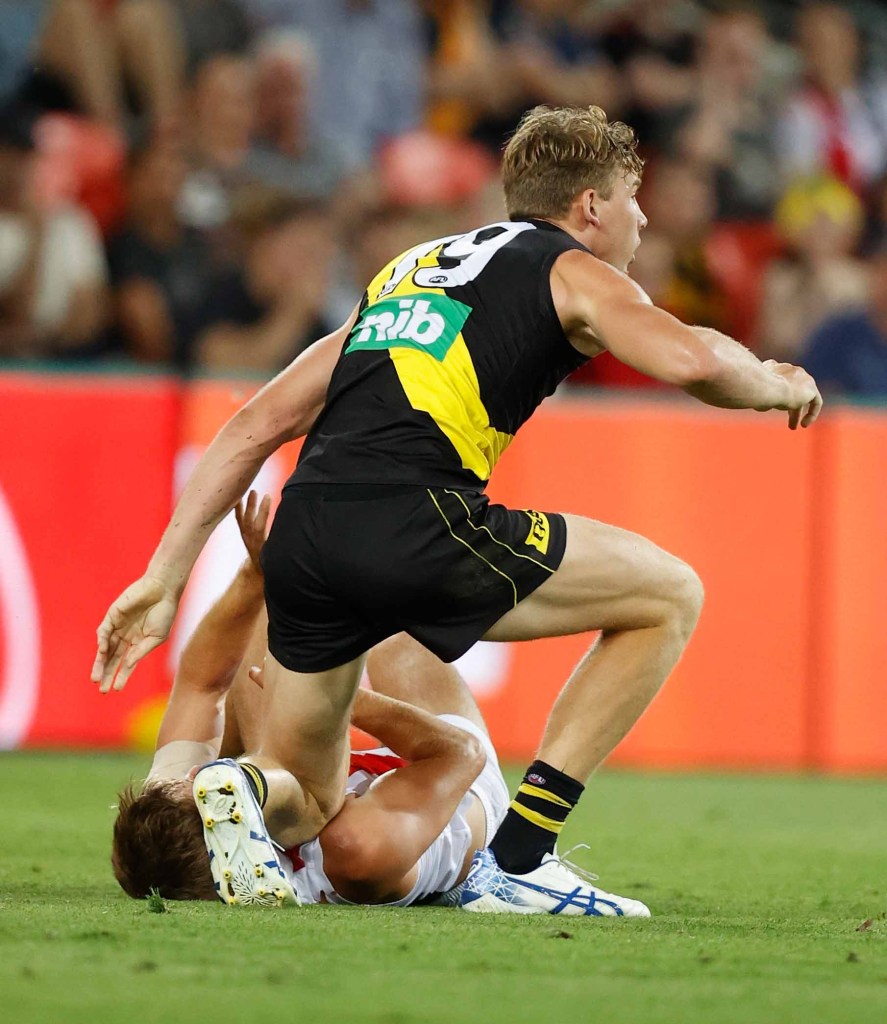 The power forward has already attracted the attention of the MRO on several occasions this year.

During a chat with Matthew Pavlich on Monday morning, Lisa just came out with it.

“Tom Lynch has had a successful year of avoiding suspension…” she threw out there.

‘I Was In Shock’: Jimmy Barnes Racked Up HUGE Bill In Japan

There was one thing Elliot wasn't allowed to do when he was a kid...

Why Did The Very Aussie Lead Role In WA-Based Movie ‘Dirt Music’ Go To An American?