He’ a four-time All-Australian defender and the best intercept marker in the league, but is Jeremy McGovern the answer to West Coast’s ruck riddle?

McGovern impressed as a back-up ruckman to Nic Naitanui in Saturday’s eight-point win against St Kilda.

The move freed up Oscar Allen to play in attack and defence, and it also meant West Coast didn’t need to select two specialist ruckman – a tactic that has left the Eagles lacking zip at ground level in the past. 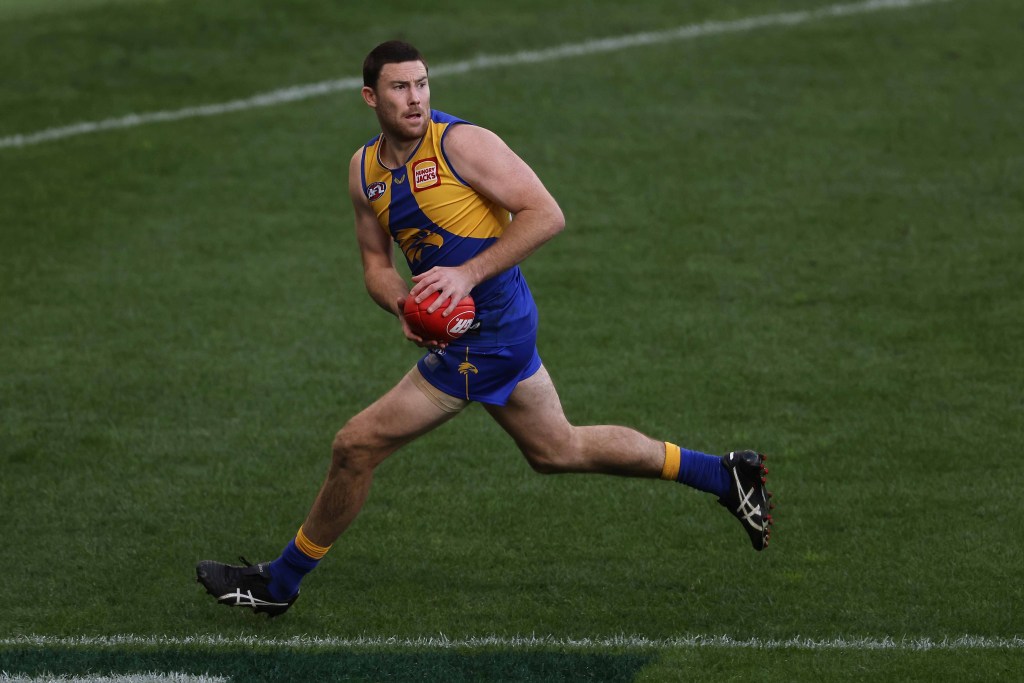 McGovern was used in the ruck in spurts earlier in his career, but has played largely in defence for the bulk of his 150 AFL games.

Against the Saints, McGovern spent about 15 minutes in the ruck, and he finished with nine hitouts and showed plenty of class.

“He looked like Polly Farmer in the first quarter, and then he blew up,” Simpson said.

“He did it (back-up ruck duties) in three stints throughout the game. It’s something we’re exploring.

“We think we’re probably playing Oscar Allen out of position at stages if he’s (playing as) the second ruck, and if we play another ruckman (like Bailey Williams or Nathan Vardy) we’re probably too tall. So we’re just exploring different ways to go about it.”

Eagles goalsneak Liam Ryan is set to miss several weeks after injuring his left hamstring in the opening quarter, ruling him out of Sunday’s clash with Collingwood at the MCG.

Simpson said Tim Kelly, who had his knee assessed during the third quarter against St Kilda, would be fit to play.

St Kilda coach Brett Ratten declared Rowan Marshall ready to return next round despite the ruckman being stuck in isolation for a week.

Marshall was forced to isolate in his hotel room in Joondalup, WA, last Monday after discovering he had visited a Tier 1 COVID-19 exposure site in Melbourne.

The 25-year-old missed the loss to West Coast, but he will be released from isolation on Tuesday and can fly back to Melbourne after that.

Ratten says Marshall, who has since been transferred to an Airbnb in Scarborough that features a backyard, will be fit for Saturday’s clash with Carlton at Marvel Stadium.

“He’ll be fine (to play). He’s doing some programs we have given to him,” Ratten said.

“We have a fair bit of support around him and checking in.

“He’s started working behind the scenes with his fitness. We have a bike for him to do some exercise as well; not just sitting there. He’ll come back Tuesday and come back to the club.”

The Coach Who Questioned Fremantle's Choice In Drafting David Mundy

Elliot Yeo Told Us Exactly Who Was On The End Of This Spray And... Is Gov OK?