The NRL has launched its own cardboard cut-out fan initiative called ‘Fan in the Stand‘ and it looks like a couple of AFL clubs are 100% paying attention.

Fans can upload a photo of themselves, which will then be printed-out and placed at their favourite team’s home stadium.

“Support your NRL team even at games that are behind closed doors,” the website reads.

“The NRL are providing fans the opportunity to still take their seat within the stands and ‘watch’ their team play.”

The weatherproof and recyclable cut-outs cost $22 and will be trialled at Bankwest and Central Coast stadiums this weekend.

Seven Sports reporter Ryan Daniels told Botica’s Bunch on Friday that he heard that some AFL clubs, including Collingwood and the Western Bulldogs were keen to implement the same idea.

“I heard they were gonna get fans to potentially pay say $30 each and get their faces on a cardboard cut-out in the stands,” he said. “I suppose for Collingwood supporters they can just use their prison headshots.” 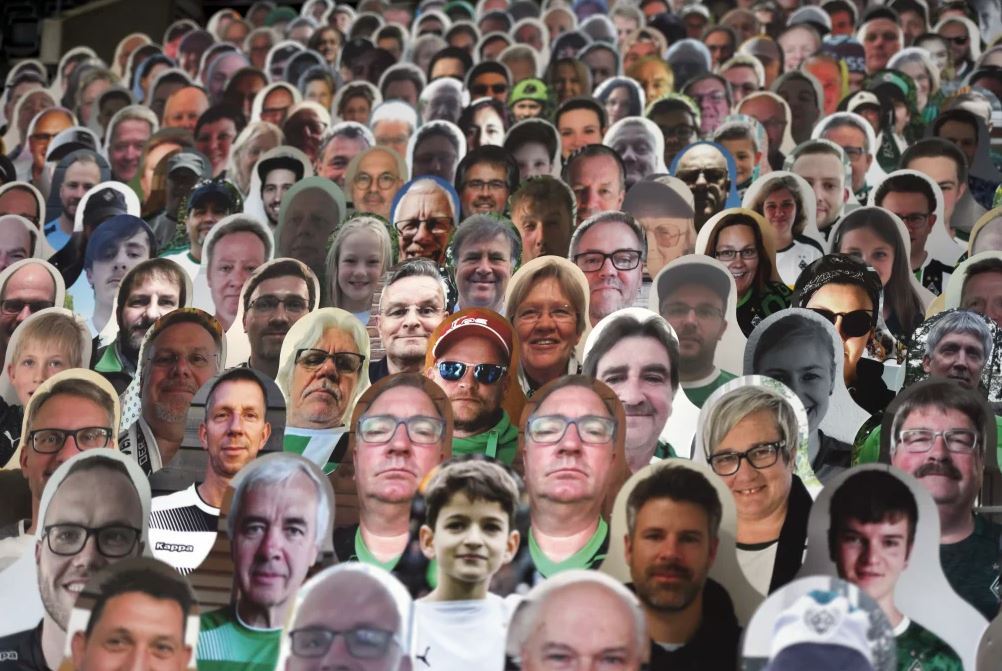 Yeah, not creepy at all.

The NRL season will relaunch with the Eels travelling to Brisbane to take on the Broncos in a Thursday night blockbuster at Suncorp Stadium.

‘We’ve Just Got To Suck It Up’: West Coast Search For AFL Hub Positives