If you ever need proof that star Freo midfielder David Mundy is a team player, just try and praise him as an individual player.

Case and point was Tuesday morning when The Bunch played back the praise Freo coach Justin Longmuir lavished on the 35-year-old, who chalked up 35 disposals, six clearances, and 15 score involvements in the 31-point win over GWS.

“He just adds so much calmness to the group,” Longmuir had said.

‘It’s like having a coach on the field. He dominated with the ball and won his fair share and finished it really well.

“He’s been doing it since I’ve been here, literally as a player. He’s a marvel.”

Mundy was so humbled he could almost not accept it, howeverrrrrrr, what he did consider was the suggestion that he could slip into the coach’s box…

Just including this pic of Longmuir and Mundy (circa 2006) because how could I not. 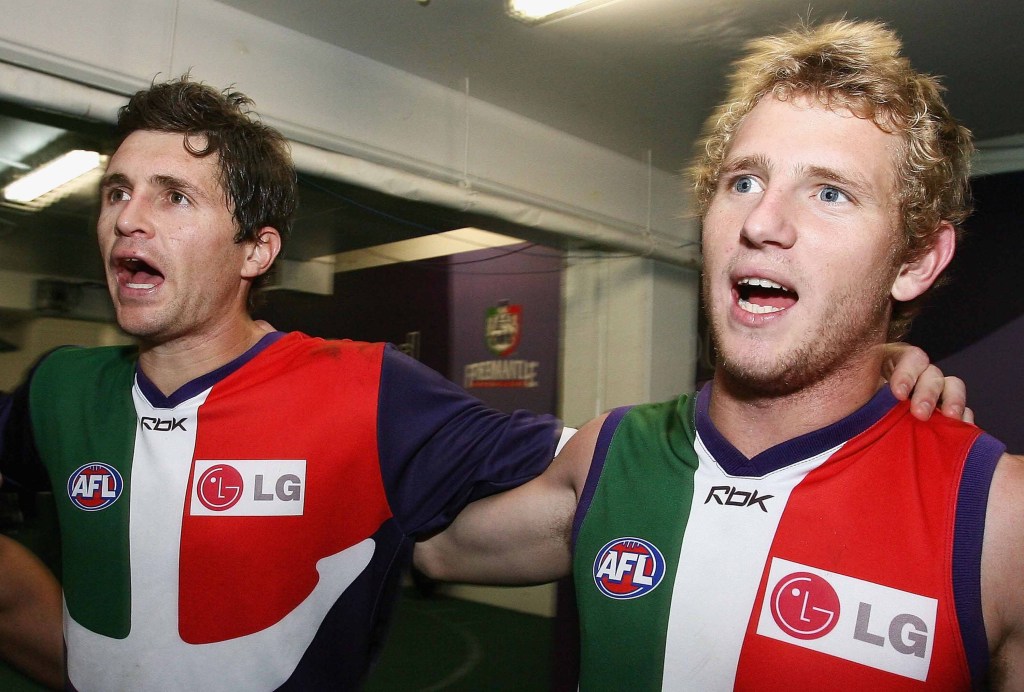 David Mundy Fremantle Dockers Friends of the Bunch the bunch

Elliot has a tough life.

What's the mortar and what's the pestle?

'It Was The First Time For Me': Elliot Yeo Spent Sunday's Game In The Coaches Box