He helped McCartney perform The Beatles’ ‘I Saw Her Standing There’ and Wings’ ‘Band on the Run,’ and though there was no overt tribute to Hawkins, Grohl honoured his late bandmate in a subtle way: He drew a big ‘T’ on his right hand, which he held up triumphantly after the set was over, and wore an ABBA shirt (Hawkins loved ABBA). 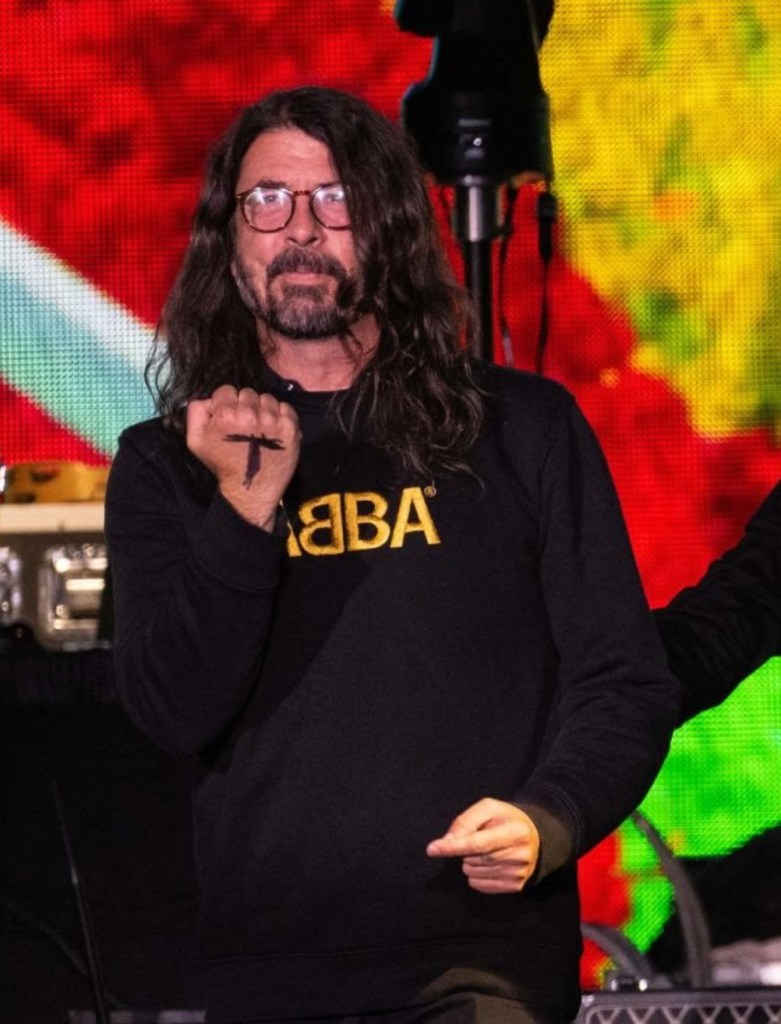 He shared a brief video of himself playing Foo Fighters’ “Learn to Fly” on the piano. At the end of his rendition, he opens his button-through shirt to reveal that he’s wearing a Foo Fighters t-shirt.

The only question now is when do we get an ABBA/Foo Fighters collab?

The first will take place September 3 at Wembley Stadium in London and the second is set for September 27 at The Kia Forum in Los Angeles.