The Full House star opened up about how he found out he was the subject of the 1995 smash hit in a radio interview this week, according to People.

Coulier was driving around Detroit when he heard the song on the radio for the first time.

“I want you to know, that I am happy for you / I wish nothing but the best for you both”

Coulier recalled his reaction to hearing the angsty track.

He proceeded to find a record store to buy the Jagged Little Pill CD and listened to the whole album from start to finish while sitting in his parked car.

He recalled noticing lyrics that were similar to conversations they had, like “Your shake is like a fish,” which mirrors a “dead fish handshake” that the couple did when they dated in 1992.

“And so I started listening to it and I thought, ‘Ooh, I think I may have really hurt this woman.’ That was my first thought,” Coulier said. 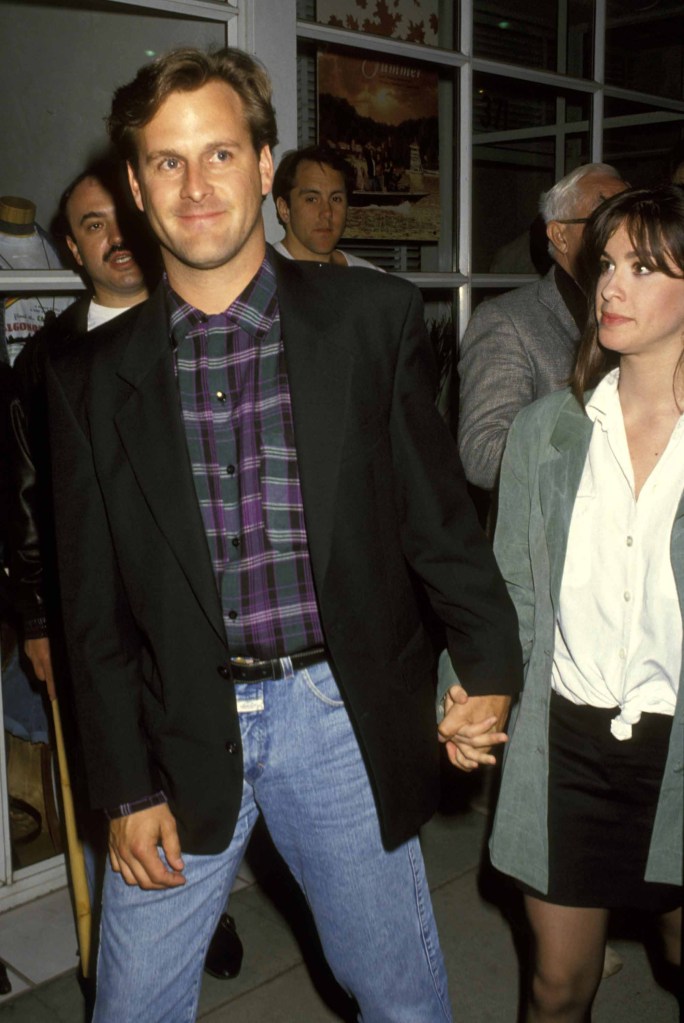 Dave Coulier and Alanis Morissette in 1992.

After the couple called things off in 1992, they “reconnected” a few years later and Coulier said she “couldn’t have been sweeter.”

“And I said, ‘What do you want me to say when people ask me about this relationship?’ And she said, ‘You can say whatever you want.’ So she was really sweet about it. She was kind,” Coulier shared.

Morissette, on the other hand, hasn’t officially confirmed who the song was about.

In 2019, she told Andy Cohen that there will be “no revealing” about who the song’s subject was.

“But I am intrigued at the thought – or at the fact – that more than one person has taken credit for it. I’m thinking, I don’t know if you want to take credit for being the person I wrote ‘You Oughta Know’ about,” she said.

Since then, Coulier added fuel to the fire when he admitted to being the guy in the song at a red carpet event.

“I asked Alanis, ‘I’m getting calls by the media and they want to know who this guy is.’ And she said, ‘Well, you know it could be a bunch of people. But you can say whatever you want.’ So one time, I was doing a red carpet somewhere and (the press) just wore me down and everybody wanted to know so I said, ‘Yeah, all right. I’m the guy. There I said it.’ … It’s just become this silly urban legend that I just have to laugh at,” he said.

Coulier’s late Full House co-star Bob Saget even alluded to the possibility of the song being about his friend.

“You have to know this. I was at his house and he said, ‘Alanis just hung up on me and said sorry for calling you during dinner … I was at his house when she said that to him,” Saget said in an interview, although it wasn’t clear if he was joking or not.

‘You Oughta Know’ features a lyric that says, “I hate to bug you in the middle of dinner.”